I'm Not Competing With You, Step Aside And Let Me Deal With Raila, Ruto Tells Off Uhuru

At a rally on Saturday in Tharaka Nithi, DP Ruto advised the Head of State to refrain from participating in political campaigns and postpone his retirement until after the elections.

In response to criticism over his campaign pledges to Kenyan voters ahead of the August 9 battle, Ruto has retaliated against his boss President Uhuru Kenyatta. 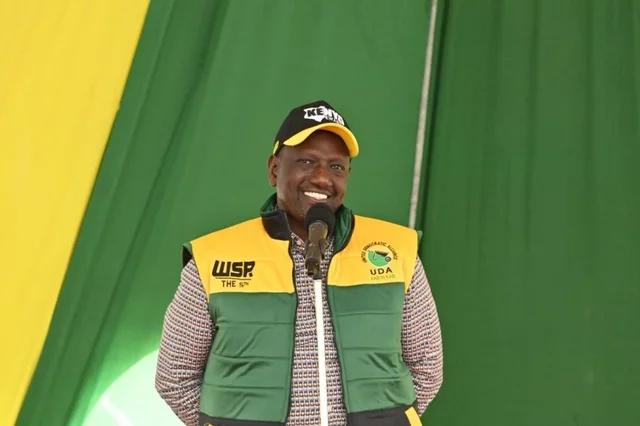 "I backed you up when you needed a friend to stand by you. Ruto said, "Martha Karua and Raila have never stood with you; I'm not asking for your support; I'm just asking for some breathing room so I can deal with Raila.

In a similar vein, Ruto denied Saturday's allegations made by a local newspaper that he would investigate the President, claiming that, if elected, his priorities would be to protect the nation's economy and enhance the lives of its citizens rather than be concerned with individuals.

Ruto to Uhuru: I'm not competing with you, step aside and let me deal with Raila , more details : https://www.breaking7.com/NewDetails/59401158

US Institute Calls Out Cherera for Poor Calculations

"Reasons Why Uhuru Is Yet To Congratulate Ruto" Steve Ogolla Alleges