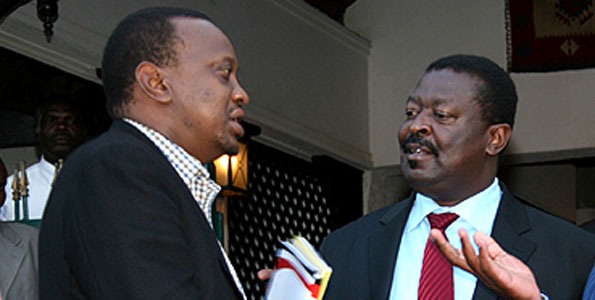 Musalia Mudavadi, leader of the Amani National Congress (ANC), has linked State officials to the formation of the One Kenya Alliance (OKA) in order to propel ODM leader Raila Odinga to State House.

Mudavadi revealed an alleged behind-the-scenes scheme to shortchange him in OKA as part of a larger political game plan to have the nascent coalition join forces with Raila near the end of the campaign ahead of the August 9 general election.

Mudavadi accused his co-principals in OKA of a deliberate attempt to sabotage and weaken him within the coalition in his first exclusive interview, following his surprise decision to join forces with Deputy President William Ruto. 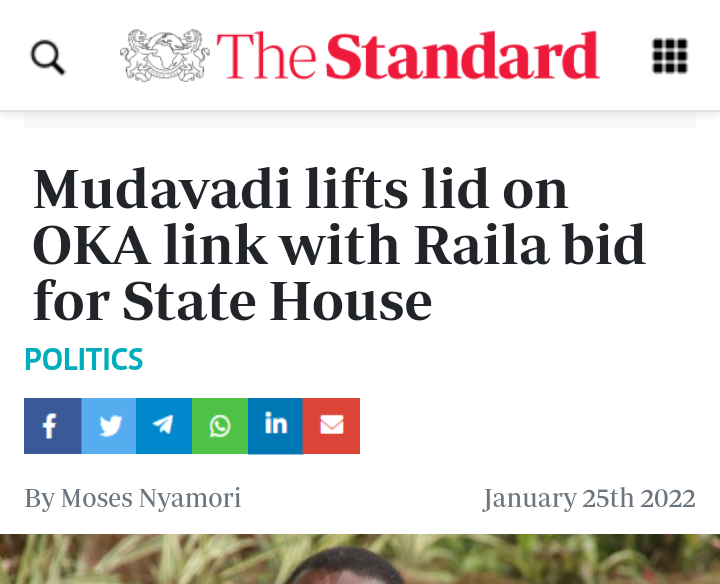 "There was a widespread belief that OKA would be coerced into cooperating with one of the political factions – Azimio. But all I can say is that I stood firm and made my decision," Mudavadi said.

He claimed that top State officials were attempting to influence the succession race in a particular direction.

"Clearly, there are some people who would try to influence the polls in order to prevent a free and fair election.Some people are going to great lengths to shape the succession," he added.