Police officers from Tharaka are currently investigating an incident that left three people injured after a politicians campaign vehicle allegedly overturned injuring occupants who were in the vehicle. 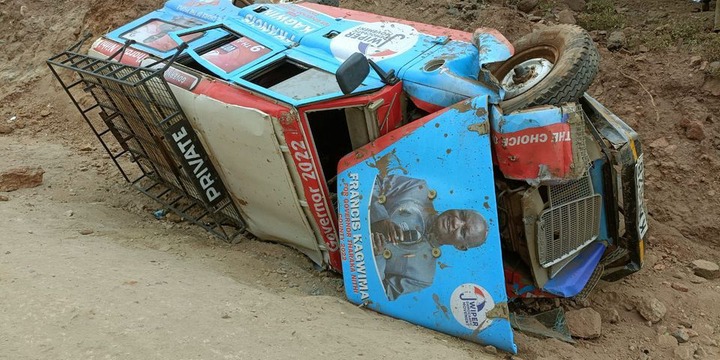 In a news report that has been shared by a reliable source of information, it has been revealed that the Occupants were allegedly heading home before the driver of the vehicle allegedly lost control after Veering off the road after which it allegedly over turned.

On to what might be considered as good news, it has been revealed that one of the victims who was rushed to the hospital along with others was Discharged.

A news report that has been shared by a reliable source of information has revealed that the casualties were allegedly heading home after coming from a rally that had been held by Wiper party leader, honorable Kalonzo Musyoka who was Campaigning for the former prime Minister of Kenya and Orange Democratic Movement party leader, honorable Raila Odinga before the accident occurred.

While reacting to this incident, kenyans who took to their different social media accounts to express their opinions and suggestions on the matter have called upon the inspector General of police along with the director of criminal investigations to put into order a rule that will stop this kind of incidents ahead of elections.

According to the reports given by most Kenyans, they claimed that it was so unfortunate that the government is yet to do something about the increasing number of accidents in the country despite the fact that Alot of people are currently getting injured and in worse cases, die in this accidents.

John.. Im just glad that no one died in the accident. 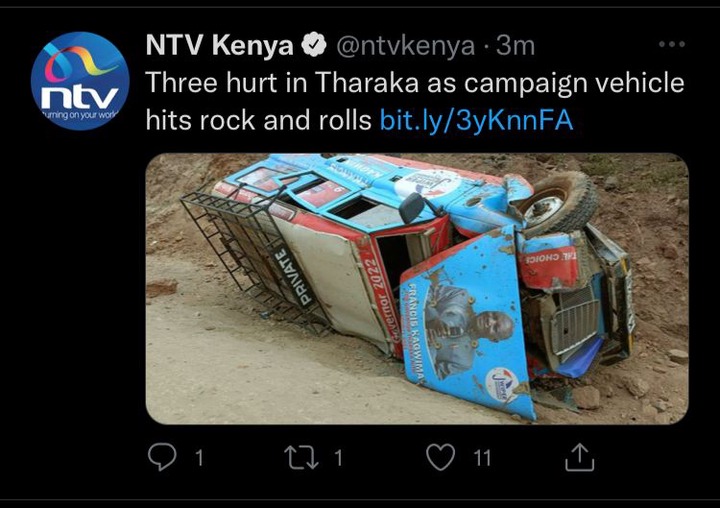