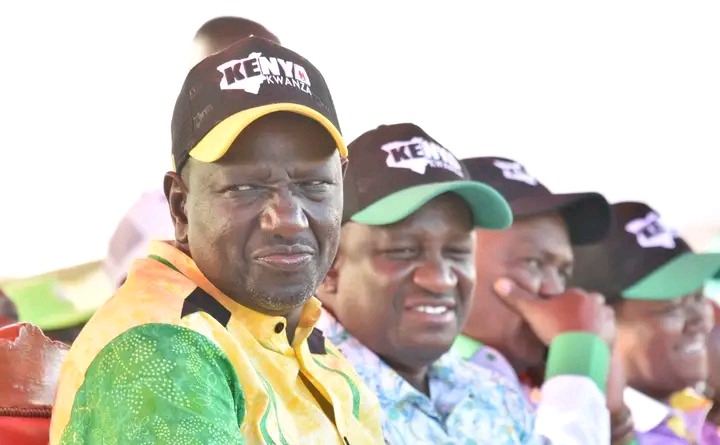 (Photo courtesy: left, Deputy president William Ruto during a past event in the country)

However, according to local media reports Dp William Ruto publicly requested President Uhuru Kenyatta for forgiveness in the wake of a historic political fallout between the two leaders. At a National Prayer Breakfast in Nairobi on Thursday, May 26th, the deputy president admitted that he may have fallen out with the Head of State. The Dp said that has made it difficult for their government to deliver its promise to Kenyans. "I also know that serving as the Deputy President, I may have fallen short of expectations of my boss His Excellency the President my good friend. I ask for your forgiveness," Ruto pleaded as reported by local media.

Further, on 23rd February 2022 during a meeting with Kikuyu leaders in Nyeri (termed as Sagana 3)the president accused Ruto of undermining his administration. Kenyatta said Ruto was hardly in the office. The president also defended himself on what he claimed to be criticism from leaders allied to Ruto. Uhuru insisted that the DP was informed of the discussions between him and Raila(the ODM leader). "On the day I met Raila for the handshake, the last person I spoke to before heading to Harambee House was my deputy. I informed him why I was uniting with the former Prime Minister even as he tried to convince me otherwise. For him to claim I lied and I betrayed him that is a straight lie." Uhuru Kenyatta stated during the event. 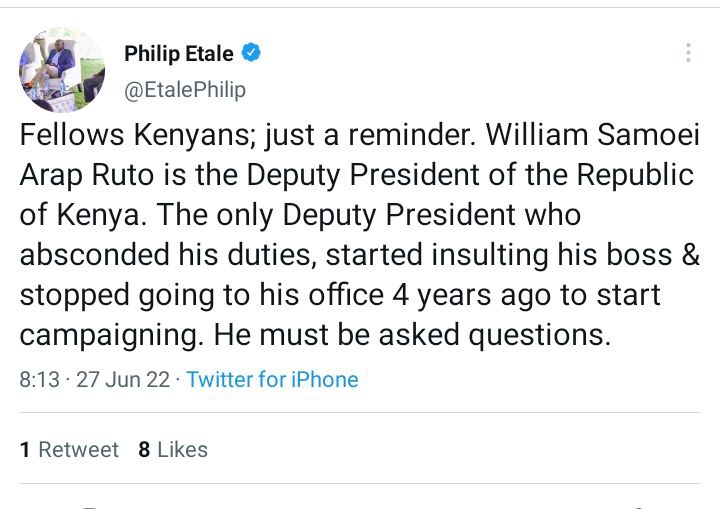