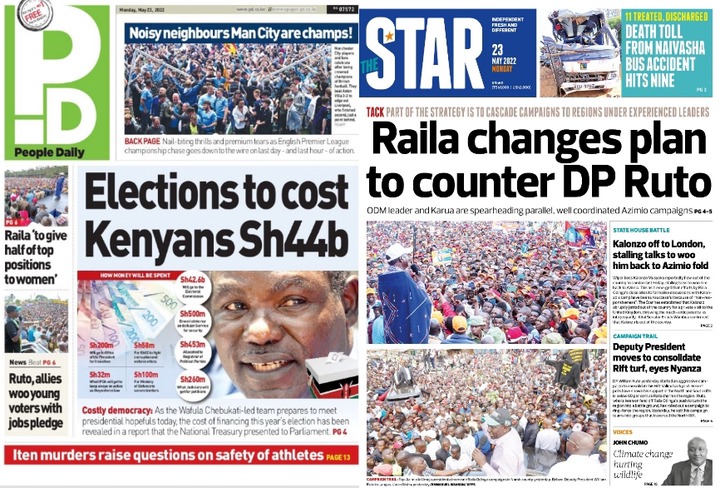 Deputy president Moves to Consolidate Rift turf, eyes Nyanza- DP William Ruto yesterday started an aggressive campaign to consolidate his Rift Valley backyard. Recent polls have shown his support in the North and South Rifts is below 60 per cent as Raila charms the region.

Ruto,who is keen on fend off Raila Odinga's push to turn the region into a battle ground, has rolled out a campaign to ring fence the region. Yesterday, he split his campaign teams into groups that traversed the north Rift. 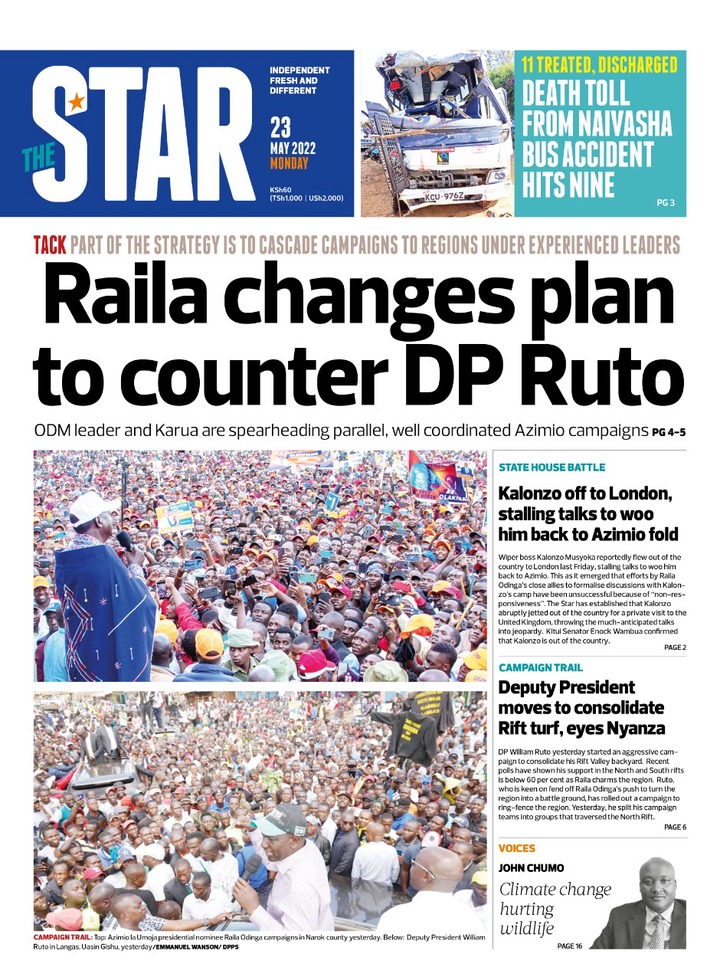 Elections to cost Kenyans sh44b- As the Wafula Chebukati-led team prepares to meet Presidential hopefuls today, the cost of financing this year's election has been revealed in a report that the National Treasury presented to Parliament. 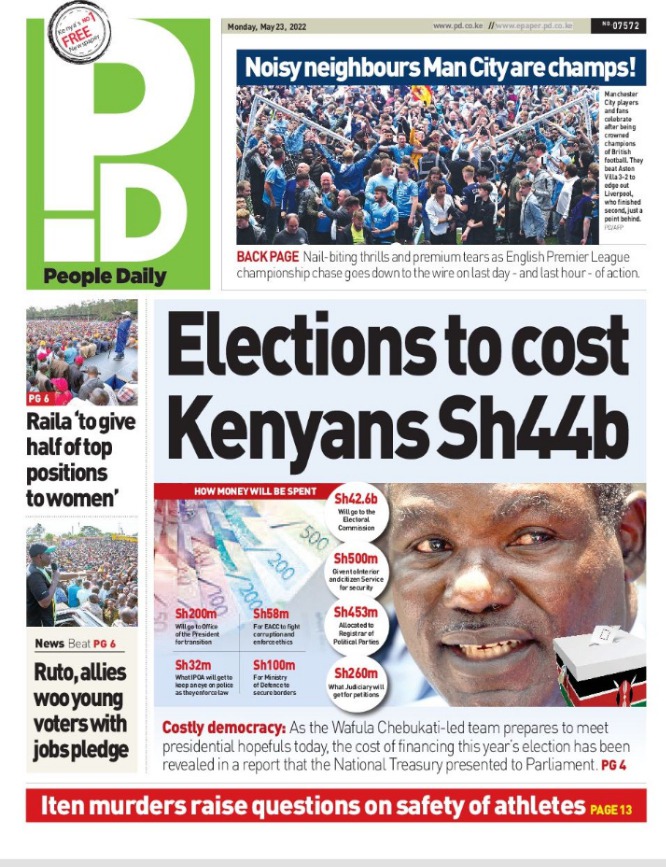 UDA Politician Quits Politics Ahead of The August General Elections