Details of Nasty Split Between Atwoli and His 2nd Wife Rosalinda Simiyu, A Recent UDA Inductee

By Politicsmania (self media writer) | 6 months ago 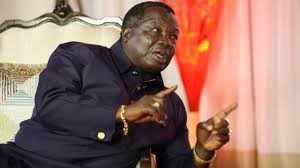 Francis Atwoli, COTU boss, recently got people's tongues wagging. This after publicly disowning his third wife, Roselinda Simiyu.Such public display of distaste and contempt for former wife was brought about by the fact that Simiyu joined the DP Ruto led UDA. 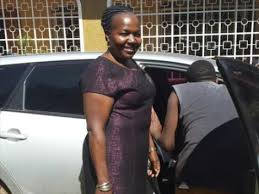 But who is Roselinda Simiyu? And what happened to her decades long marriage with the vocal trade unionist who is an out there polygamist. Roselinda who is 56 years of age kept a low profile until 2017 when she declared her interest in the Webuye West MP seat.Before venturing into the troubled waters of politics, she had worked for various organisations, including Nzoia Sugar Company.

In a past interview the female politician who unsuccessfully vied for the parliamentary position said she met Atwoli when she was 30 years old and added that he kept from her the fact that he was married. Formerly the COTU boss had publicly stated that he left her because she had decided to join politics. On Simiyu's part she noted that a number of reasons played a part in their demise as a couple.One of the reasons as stated by Simiyu was her decision to support her daughter's desire to study in South Africa, a decision that she said rattled her husband to the core to the extent of breaking their marriage.

Their separation played out in a court battle. In 2018, the woman filed a complaint with the police after Atwoli reportedly threw her out of their Kileleshwa home.The two were also inbolved in a child custody court case.

Deputy President William Ruto recently inducted Simiyu into his UDA outfit much to the disappointment and anger of Atwoli.

Taking to social media the trade unionist said he surrendered her to the deputy president in 2007 when he was Eldoret North MP and that she was no longer his relative. This was to rebuff Simiyu's sentiments that she was in UDA with her husband's blessings.The husband being referred to here being Atwoli.

Content created and supplied by: Politicsmania (via Opera News )