By Kenyanhits (self media writer) | 19 days ago

The first president Jomo Kenyatta was born in the year 1897 in Gatundu. He went to England as a labourer during the colonial period where he delivered lectures as part time job on the colonial regime. In the process, he was learning and gaining experiences in politics. He later went to Linfield where he worked as a tomato worker as he delivered lectures to workers. It is there where he met Edna Grace Clarke a teacher. To set the record straight their love grew and they ended up marrying each other. 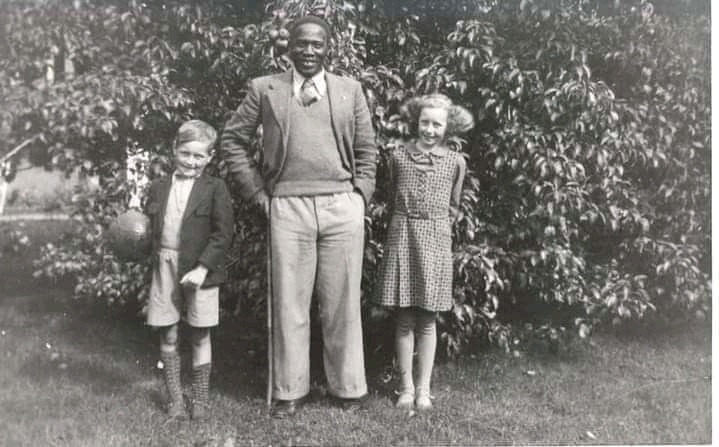 Kenyatta and Clarke wedded on 11, May 1942 after the parents of Clarke died. The wedding was customary and was carried out at Chantonburry Registry Office in Sussex. He got an opportunity to study in Moscow and came back to Kenya before the World War II. He never wanted to come back with his wife and his wife knew that. The reason was that he would have been viewed as a sympathizer of the whites.

Clarke died in 1995 and Jomo's children still live in England. It is argued that the President used to sneak into England to meet her former wife while he was a President. Jomo was married to Grace Wahu before Clarke and finally he married Ngina Kenyatta. 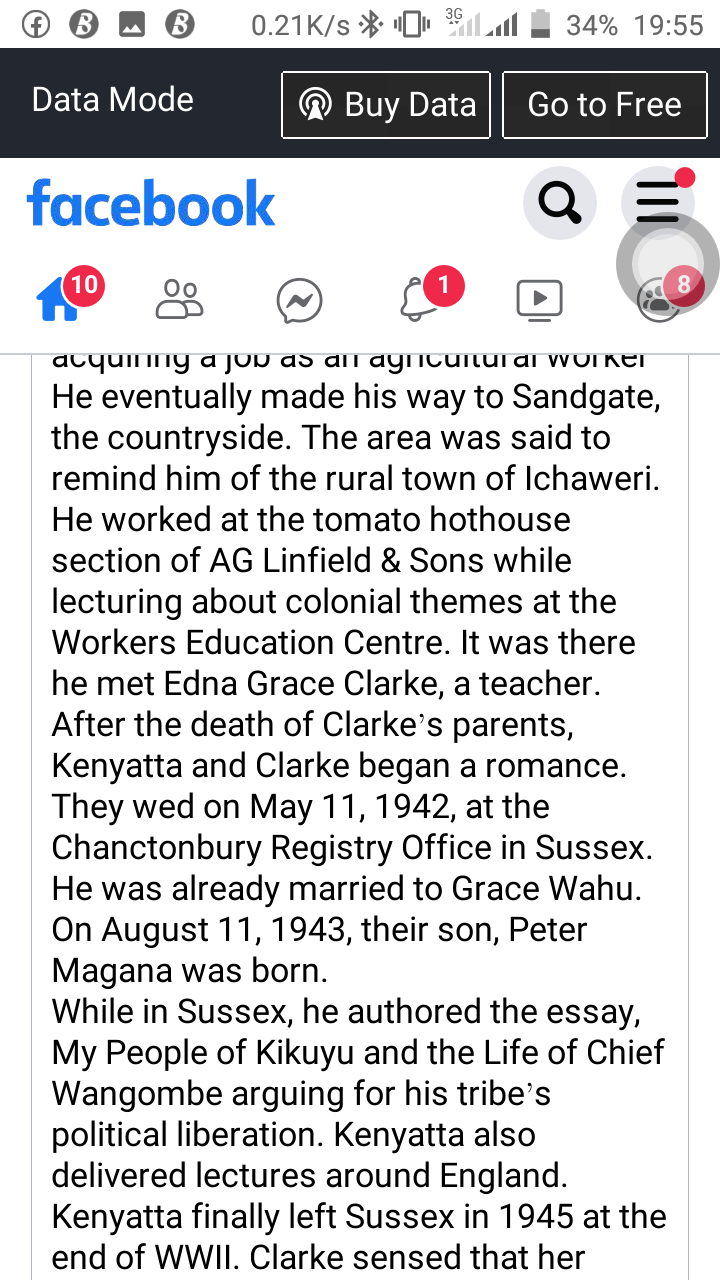 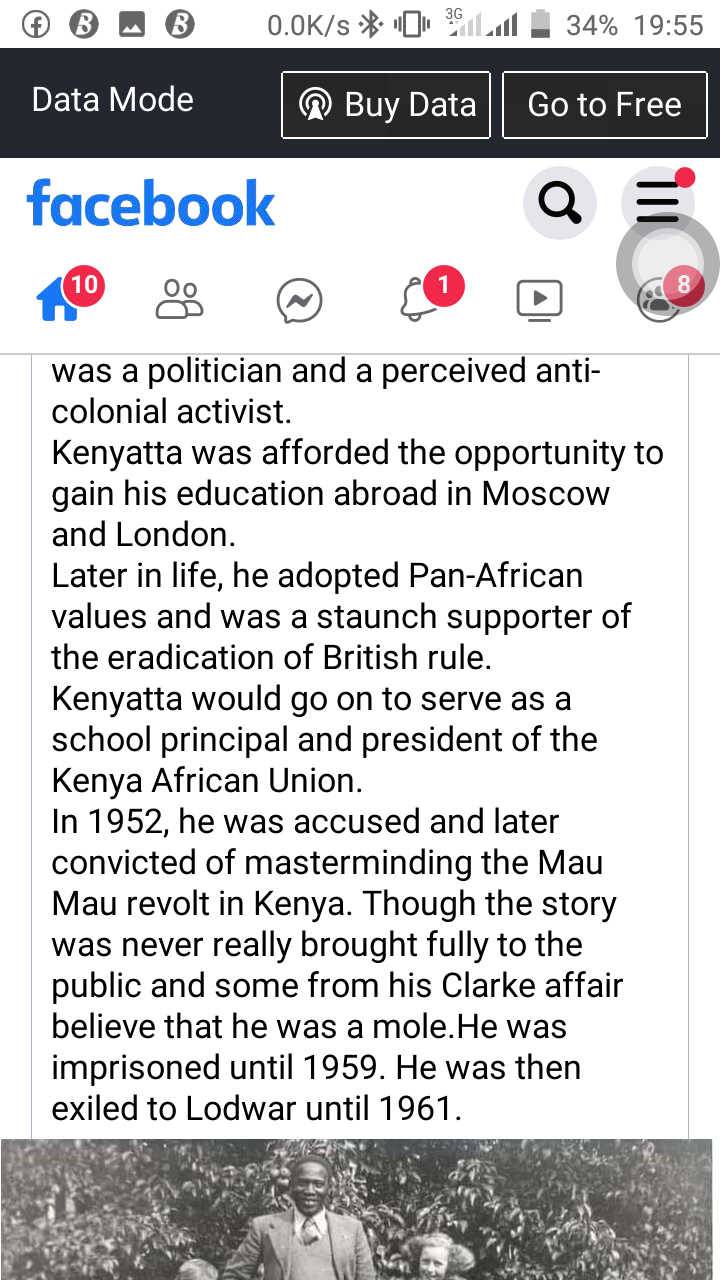 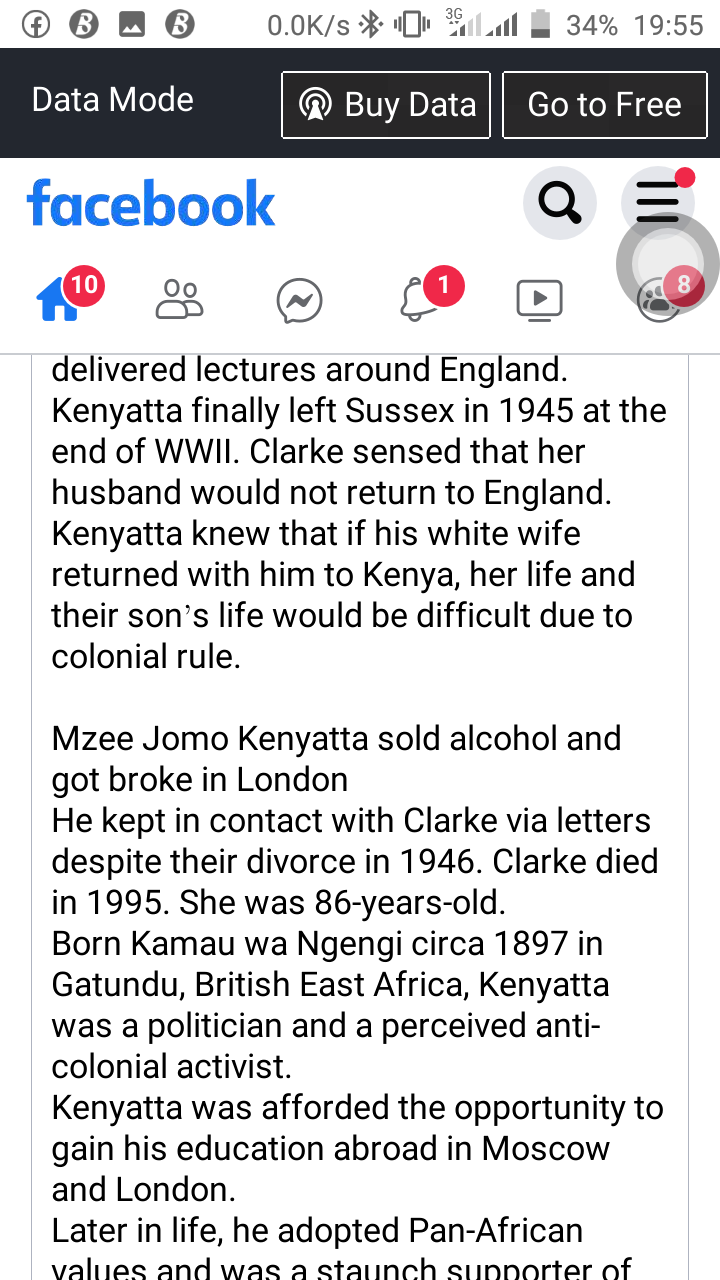