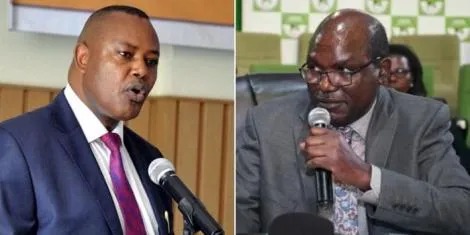 IEBC CEO Hussein Marjan bemoaned that the kits at the commission's warehouse were grounded as a result of the confiscation of the stickers that were discovered in the Venezuelans' hands during a press conference at the Bomas of Kenya.

As a result, some of the essential tools were delivered later than planned because the electoral body had to name the kits again. 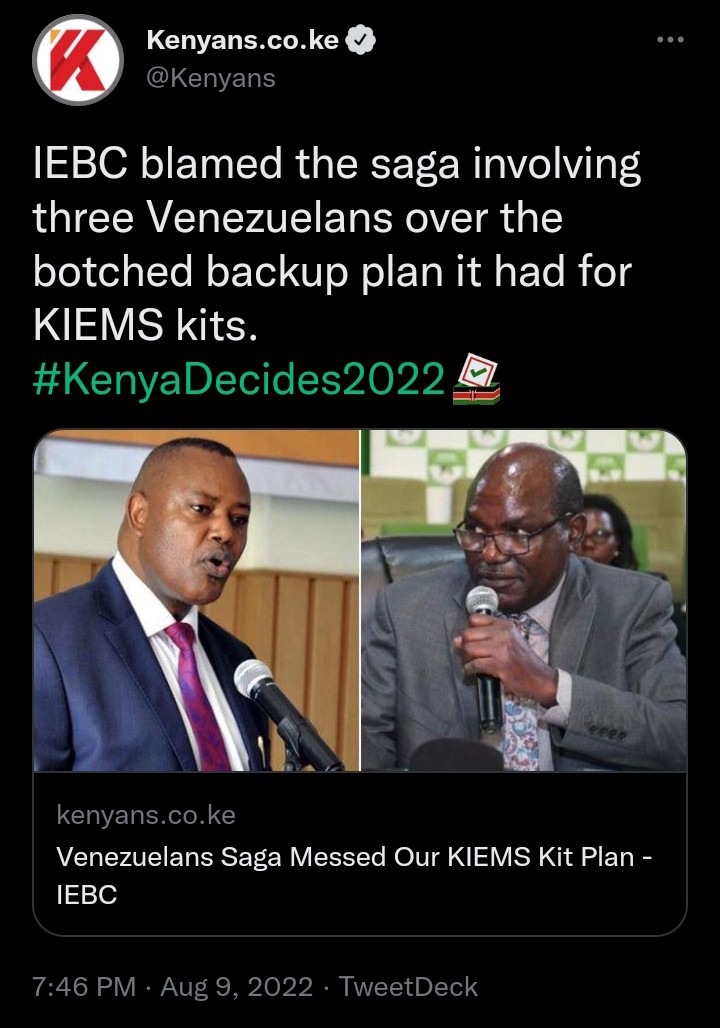 We had a logistical problem, which was caused by a delay in sending them. As you may recall, some of the kits were kept at our warehouse due to the sticker problem. That may have contributed to that, according to Marjan.

The issue also resulted in a mix-up in backing up voter data, which is kept on memory cards particular to each device, according to the Commission CEO.

"There was a problem when the backup kits were tested, so we used the printed register instead.

The IEBC CEO explains, "Remember we stated that one will have to choose biometrics who a whole region but biographics for the whole country for one to duplicate the SD cards, so if you move it to a different place, that machine will not work in that specific area."

Nevertheless, Marjan stated that some of the impacted locations have received airlifted backup kits, and she added that voters would have additional time to exercise their right to vote in the polling places.