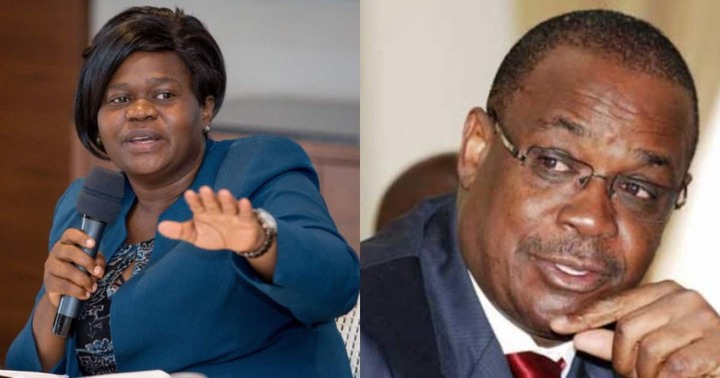 An opinion poll done by Research Mtaani in Homabay was released yesterday.This was to check on the likelihood of either Gladys Wanga of ODM and Kidero winning in August. The result was however surprising as the independent candidate was seemingly top ahead of the ODM candidate in Luo Nyanza.Below is the analysis. 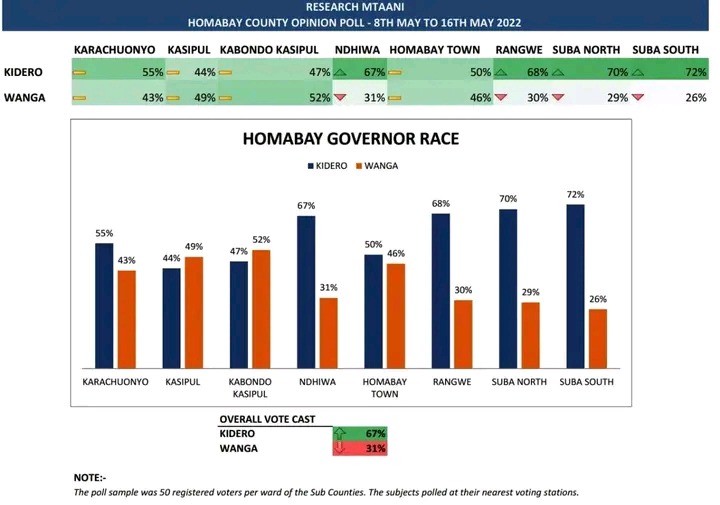 Kodero leads in Karachuonyo subcounty with 55% while 43% was taken by Wanga.In Kasipul,Kidero jas 44% compared to Wanga's 49%.In Kabondo Kasipul, Wanga has 52% while Kidero has 47%.Kidero has a massive 67% in Ndhiwa while Wanga has 31%.Kidero with 50% in Homabay town while Wanga has 46%.

From the polls, Wanga commands only two constituencies while Kidero controls the remaining six.That means Kidero would win if elections were to be conducted today.

"When I Was A Prostitute, A Man Forced Me To Do Horrible Things," Joyce Narrates

Ruto Finally Speaked Over a Leaked Audio, Sends Message To Azimio Camp Telling Them To Stop This