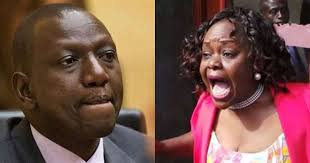 Millie Grace Akoth Odhiambo Mabona is a Kenyan politician. She originally trained as a lawyer, and has been a member of parliament since 2008. She was first nominated and later elected as a Member of Mbita Constituency. She is now the Member of Parliament for Suba North Constituency. She was born in 1966 in Homa Bay County, Kenya.

Today, the flamboyant politician who is a die hard supporter of the Orange Democratic Movement party leader Hon Raila Amolo Odinga, caused a stir in parliament with his dress code. Hon. Millie Odhiambo wore a headgear which is famously associated with the late Orie Rogo Manduli.

According to Kenyans.co.ke, during the proceedings, Soy MP, Caleb Kositany, rose on a point of order to question if indeed Millie was the one attending the National Assembly's session.The Soy MP further asked the speaker to compel the MP to identify herself.

In her response, Odhiambo confirmed that she was indeed the one attending the session, stating that she was from the requiem service of Kenya's first female rally driver.

"Suba North MP Millie Odhiambo on Tuesday, October 5, caused a stir in parliament over her dress code inside the debate chambers." Tweeted by Kenyans.co.ke 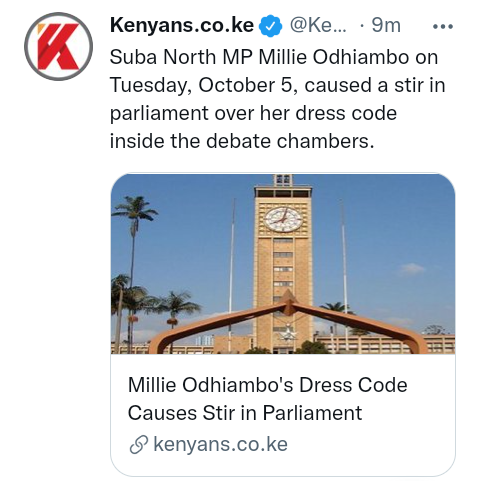