Why Ruto's in dilemma of choosing a Dp - Ngunyi.

By #The-people-daily-news.com (self media writer) | 2 months ago

- Mutahi Ngunyi has explained why Ruto is in dilemma of choosing a Dp.

- He says his "Hustler Nation" has got no representative from other communities. 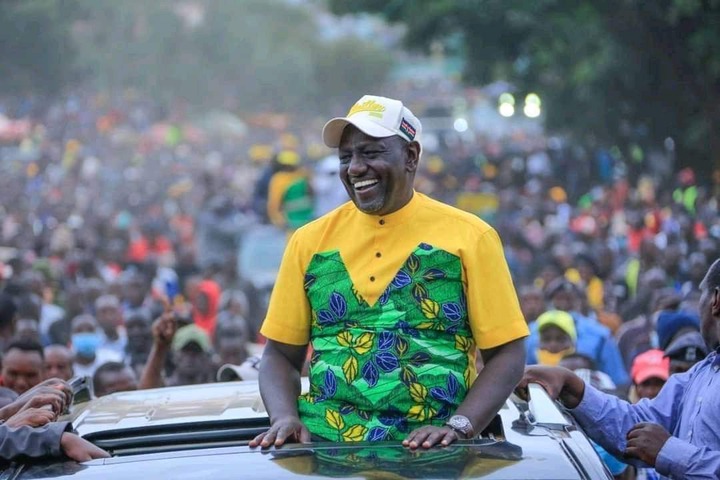 The Kenyan political analyst Mutahi Ngunyi has taken a swipe at the Deputy President William Samoe Ruto in his bid to choose a running mate.

He took to Twitter to announce his findings in Dp Ruto's plight.

Ngunyi, who describes himself as unapologetically afro-centric says Kalenjinization of Kikuyus by Dp Ruto is meant to strengthen the majority project.

He insights that instead of calling Kikuyus as Kikuyus, Ruto's camp have rebranded them as "Hustlers".

According to Ngunyi, the Hustler Nation us still a Kalenjin-Kikuyu project.

He details that Dp Ruto is in a dilemma of choosing his running mate because there is no Luos, Kambas or Luhyas in his camp.

"Kalenjinization of Kikuyus is meant to CEMENT the MAJORITARIAN project. Instead of calling Kikuyus KIKUYUS, they have REBRANDED them HUSTLERS. But at the CORE, Hustler NATION is still a Kalenjin-Kikuyu PROJECT. No LUOs, No KAMBAs, no LUHYA.This EXPLAINS the Dilemma of choosing a DP." He said.

Ngunyi elaborate it's TIME for the LUOs, then the KAMBAs and then the LUHYAs to also rule.

He say that: "And that should be the LOGIC of this election. We must reject the ETHNIC MAJORITARIANISM of two TRIBES. That simple."

He adds that the agenda for the forthcoming election should be to liberate Kenya from the dominance and monopoly of two tribes.

"We should promote CONSOCIATIONAL Democracy that gives EVERY tribe that comprises of Kenya a CHANCE to become PRESIDENT."