By @yokeabu (self media writer) | 7 months ago 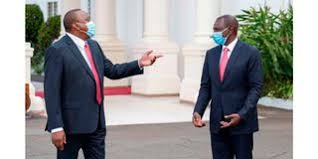 The fallout between president Uhuru Kenyatta and his deputy William Ruto after the handshake in 2018 has become as a subject of discussion by an international body.

International crisis group (ICG) has singled out president Uhuru Kenyatta's decision to support Raila as a person to succeed him as the main reason that has raised stakes in this year's general election.

Before 2017, the president had indicated that he would support his deputy to succeed him but he later on changed his mind.

ICG which is a global think tank that monitors global events said the sharp change in political allegiance has made the contest more competitive.

"Ruto is thus pitting his populist insurgent campaign against the state machinery loyal to Kenyatta and his favored candidate, Odinga ; a scenario which promises to provide a stern test for kenyan institutions". Said ICG.

The report further says "Both men command substantial voter bases and the disillusionment in Ruto camp- which had expected Uhuru's endorsement and was bitterly disappointed not to receive it- coupled with uhuru's anxiety about a Ruto victory, means that elites see the vote as essential for their economic and political survival.

According to ICG, the differences between the duo may trickle down to security agencies citing recent claims by the deputy president and his Allies that the agencies may not play a neutral role in the upcoming general election. 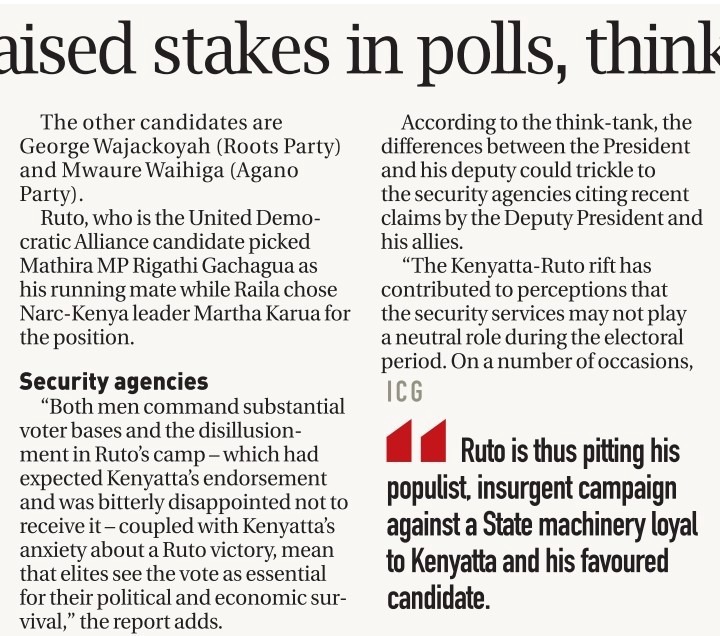