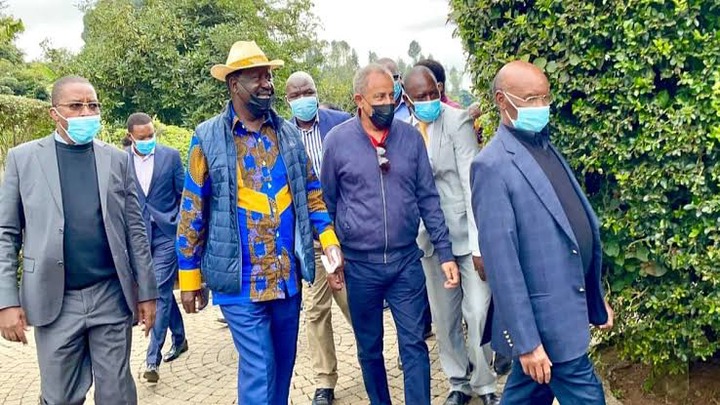 According to city lawyer Ahmednasir Abdullahi, the new fight between ODM leader Raila Odinga and his ally and fellow presidential aspirant Jimmy Wanjigi says a lot about the veteran politician.

Wanjigi has been at odds with some of Raila's entourage since he declared his interest in the party's presidential ticket, which Raila is also said to be interested in.

He has since been warned about some of his party activities, with the party threatening to punish him for, among other things, opening new party offices without going through the proper channels.

But Ahmednasir claims that Raila is simply using the power he has in the ODM to frustrate his opponents, and he wonders what would happen if he were given power over the entire country.

He claims Raila is still enmity with the Mt Kenya region, where Wanjigi is from, because of the enmity that erupted between his father, Jaramogi Oginga, and first President Jomo Kenyatta in the 1960s.

This, he observes, is why the leader is now waging a campaign against the person who is said to have funded his 2017 campaigns to the tune of hundreds of millions of dollars. 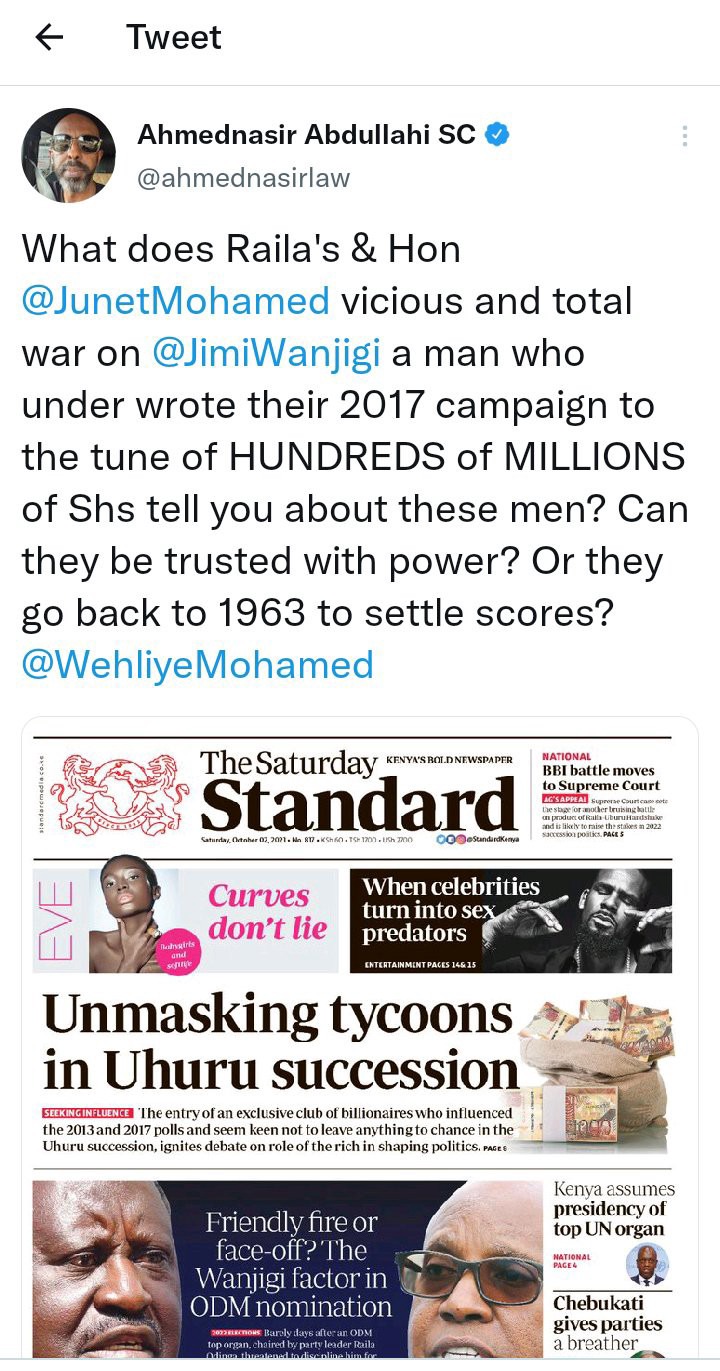 "What does Raila's Hon Junet Mohamed vicious and total war on Jimi Wanjigi a man who under wrote their 2017 campaign to the tune of HUNDREDS of MILLIONS of Shs tell you about these men? Can they be trusted with power? Or they go back to 1963 to settle scores?" he poses in a tweet.

The Raila camp versus Wanjigi battle began when Wanjigi demanded that Raila leave the political arena to make way for the younger generation, prompting some Raila supporters to question his motivation.

Malala: Sifuna Should Not Lecture Me Because He Has Never Been Elected Anywhere, Respect Musalia