By BongoStarz (self media writer) | 2 months ago 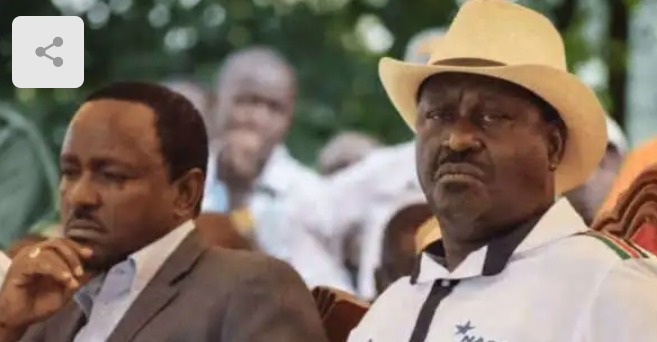 ODM party has sent a brute caution to aspirants ahead of the 2022 general elections.

The party alarmed the party officials against using their influence to block their opponents from seeking the party’s tickets for next year’s general election.

The party’s National Elections Board (NEB) says it has no preferred candidates, and that it will take action on officials demanding they have already secured a direct nomination for the 2022 general election.

“We wish to send a stern warning to any member, outgoing and incoming party official to desist from making false utterances on the party primaries nomination process. We wish to particularly warn the party officials from any attempts to use their positions for personal benefit in a bid to influence, intimidate and cajole opponents and would-be aspirants as this amounts to abuse of office” warned NEB chairperson Catherine Muyeka Mumma.

It asked party members to report to the elections body evidence of officials using their positions to intimidate their opponents from seeking ODM nominations.

The board further said it was in the process of developing the Party Primaries timetable that will be made public soon.

“NEB is now receiving the final lists of delegates from the different Counties and has embarked on the process of preparing the delegates to register in readiness for the Party’s National Delegates Convention” added Muyeka.

Content created and supplied by: BongoStarz (via Opera News )

Governors: Devolution Will Be Safer In Raila's Hand Than Ruto, Kenyans Need To Be Careful

Another Presidential Candidate Quits 2022 Race, Declares Who He'll Support Btwn Raila And Ruto

Raila Tosha; List of More Than Twenty Governors Who Have Endorsed Raila Today