ANC Party leader, honorable Musalia Mudavadi has finally responded to President Uhuru Kenyatta who claimed that he was disappointed with Mudavadi for forming a coalition with UDA. 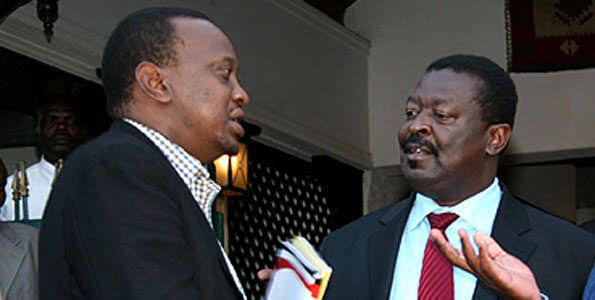 In an incident that happened yesterday in the evening, it has been revealed that President Uhuru Kenyatta expressed his disappointments and dissatisfactions after ANC Party leader formed a coalition with the deputy president of Kenya, honorable William Ruto claiming that Mudavadi was lost. In his own words, Uhuru said that he was disappointed in Mudavadi.

According to the reports given by president Uhuru Kenyatta, he said that kenyans would have preferred if Mudavadi worked together with the former prime Minister of Kenya and Orange Democratic Movement party leader, honorable Raila Odinga.

While reacting to their exchange of words, kenyans who took to their different social media accounts to express their opinions and suggestions on the matter have called upon the two leaders to come together in order to find a solution to what is currently affecting all kenyans.

According to the reports given by most Kenyans, they claimed that it was so unfortunate that the two leaders keep on exchanging words back and forth despite the fact that they know that they have the capabilities of working together in order to find out what is causing their differences.

Njau... I don't understand why all of this leaders keep on telling us that they are this and that and sad enough, you'll see Alot of kenyans rushing to the ballot to vote for one leader because the other said another thing about the rest. Let's use our minds please. 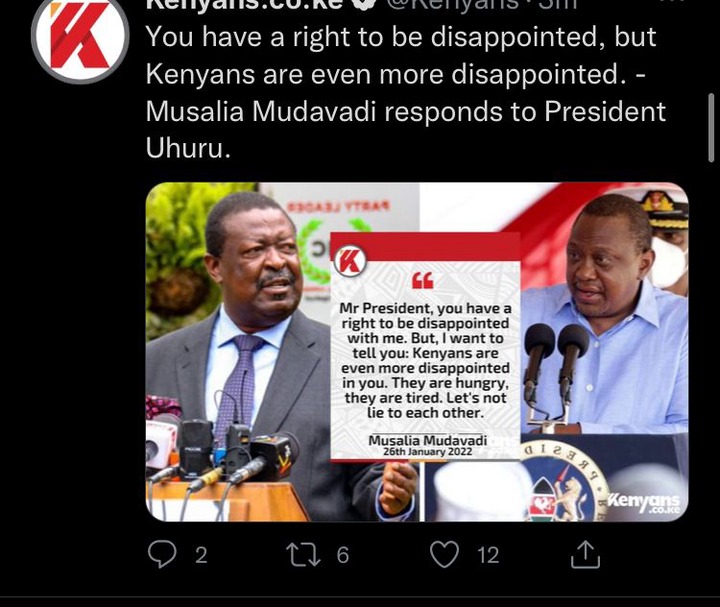