In a tweet written by Bobi Wine, he criticised President Museveni for having given his son a top military job which he allegedly used to brutalise and torture people. 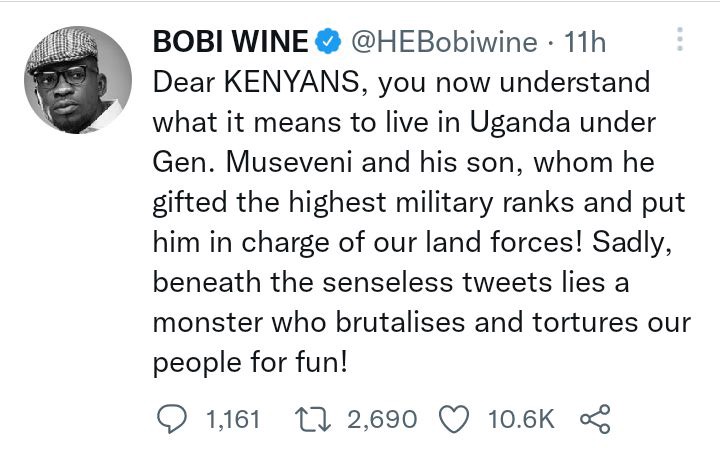 According to the sources, Lt. Gen Muhoozi, chief commander of the land forces in Uganda had claimed that it would take him and his army less than two weeks to capture Nairobi. 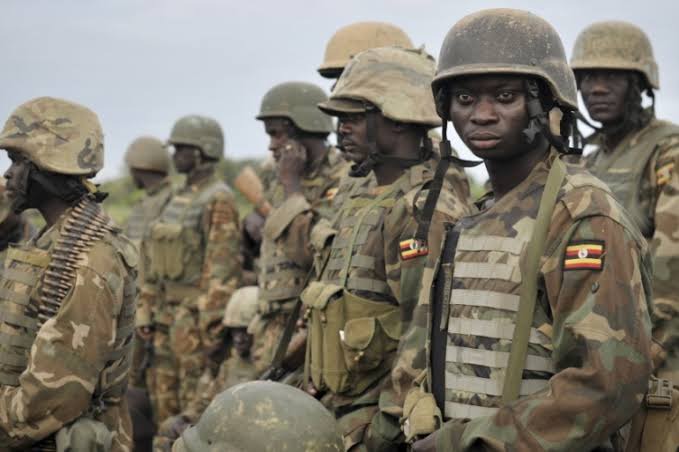 (Photo courtesy, of soldiers from the Ugandan People's Defense Forces)

He further questioned where he would reside in Nairobi after he captured Nairobi. 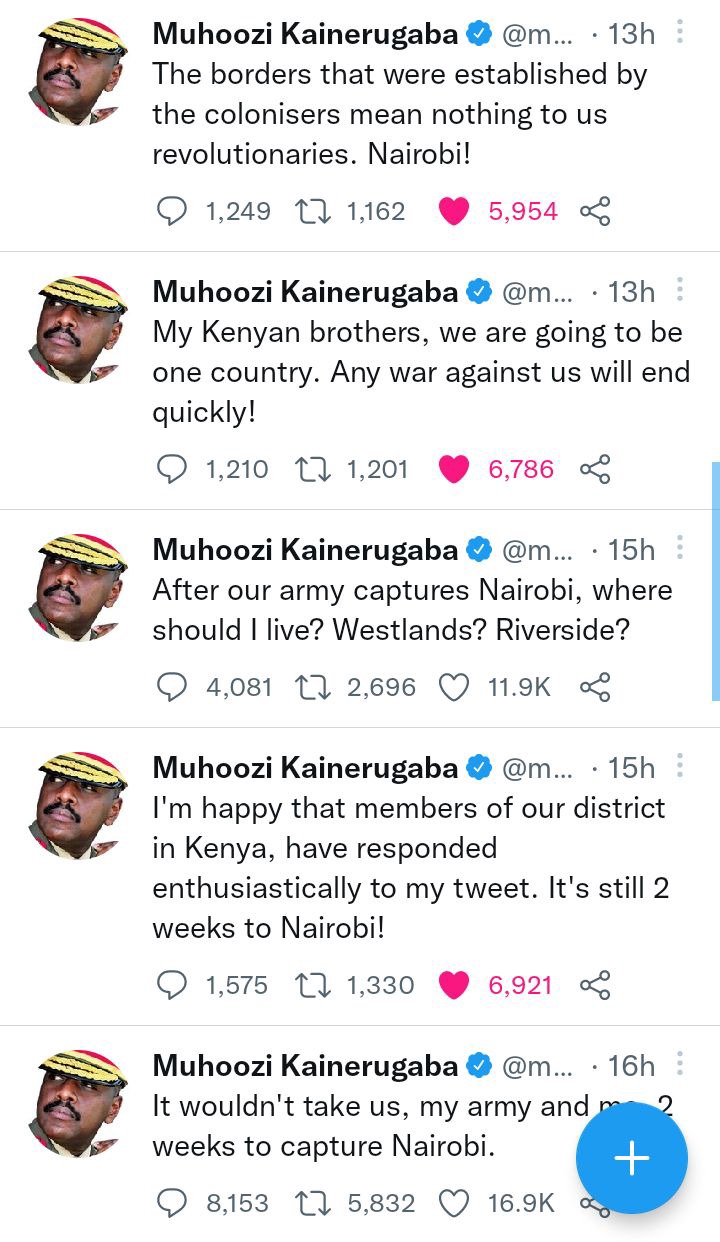 (A section of tweets written by Muhoozi Kainerugaba)

However, his tweets were not taken lightly by a section of Kenyans online who bashed him for his claims despite being a top military officer in the Ugandan army.