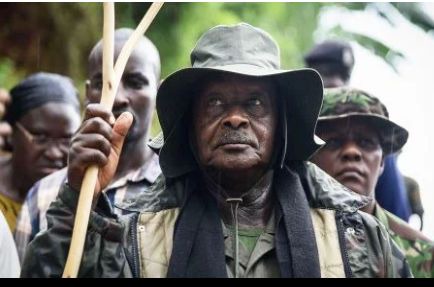 The Ugandan elections have even drawn nearer since it is now barely 5 days to the elections. The presidential aspirants including the long serving dictator Museveni are now making their final moves to end their campaigns.

The Electoral Commission that is led my Justice Byabakama has promised to have a peaceful free and fair elections which many Ugandans doubt because of Museveni's desire to rule for more terms after changing the constitution several times.

Museveni has also been brutal to opposition leaders like Bobi Wine and his camp. He has brutalized and victimized them and they are just worried and confused ahead of the elections.

However, today the NRM leader has received a major blow. It has been reported that over 50 accounts that are managed and used by people who are affiliated to Museveni have been shut down. This comes just five days to the polls.

This development has just been confirmed by, Don Wanyama who is the senior presidential press secretary.

He said that the Facebook accounts were deleted because they have been helping Museveni the long serving dictator. Wanyama has also warned the foreign powers who are trying to support Museveni who is no longer needed by the Ugandans. They have also deleted pages that the president's advisor Jennifer Nakangubi who is Popularly known as Full Figure has been operating on them to mobilize the NRM supporters.

It is now total shame for Museveni. Some of his supporters like socialite Ismah Olaxess and promoter Bajjo have claimed that the advise must have come from Bobi Wine. Kato another NRM apologist have ordered Museveni to retaliate and shut down Facebook and Twitter accounts that are used by Robert Kyagulanyi. This developments also come after Donald Trump of US had his accounts suspended. 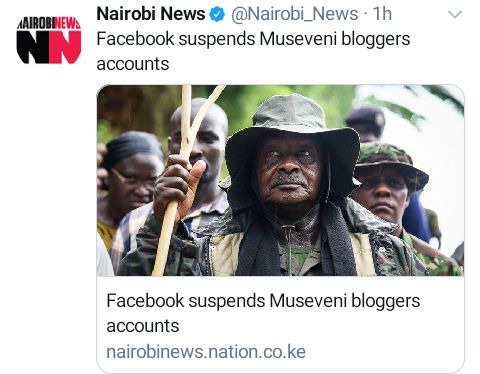