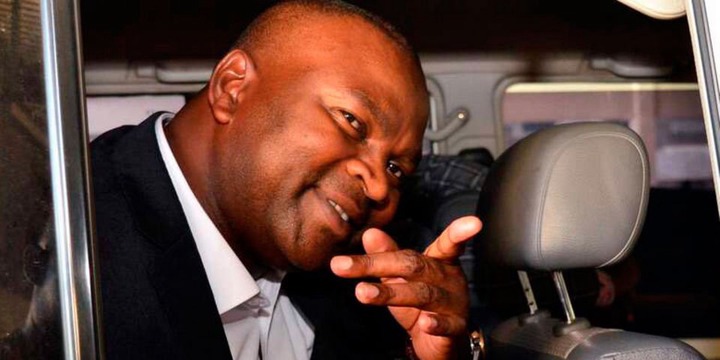 A defiant former Sports CS Rashid Echesa has claimed that his arrest on Friday was instigated by his political enemies and warned that throwing him into the cell will not cow him from supporting Deputy President William Ruto’s 2022 presidential bid.

Mr Echesa, who was arrested after surrendering to the police on allegations of slapping an election official, told the Nation that he was “born in the ghetto and being thrown into a cell is not big deal”.

“Throwing me in the cell will not cow me from my conviction that (Dr) Ruto is better placed to become the President of our country in 2022,” Mr Echesa told the Nation from his cell at Gigiri Police Station where he is being held.

Mr Echesa was captured on video slapping an electoral official on Thurs-day during the Matungu Constituency by-election. The seat was won by ANC’s Oscar Nabulindo.

He then went into hiding but surrendered on Friday after Inspector-General of Police Hillary Mutyambai issued an ultimatum for him to surrender by 1pm or be treated “as an armed and dangerous criminal”.

On Sunday, Mr Echesa insisted that his tribulations are as a result of his political association with the deputy president.

“There are people out there who think that throwing others in the cells is the end of the world. I was born and brought up in the ghettos and being here (cell) is nothing big. I am in a familiar territory,” he said.

He denied ever slapping the election official and insisted the action had been edited to project him as violent as part of the scheme to intimidate him.

In the video, Mr Echesa is heard questioning the official on the whereabouts of the United Democratic Alliance (UDA) agents at one of the polling stations in Matungu.

“Our agents had been thrown out and I wanted to know who had issued instructions to that effect.” he said, “I didn’t not slap anybody.”

He said many politicians had done bad things in the by-election and wondered why he was the only one arrested despite there being “no evidence” against him.

“Senator Cleopha Malala did many bad things on that day but he remains a free man. This is intimidation and but I want to tell my detractors, I am strong.

“Those who think I am wrong by supporting Ruto should not use threats against me because it will not work. They should persuade me instead.”

He questioned the manner in which he was transported to Nairobi after he surrendered, saying the act was a pure misuse of public resources.

He claimed that he had been ferried to the capital in a convoy that included a contingent of nearly 60 police officers drawn from the General Service Unit (GSU).

“What was the reason of all those officers when I freely presented myself to the police? This is a waste of resources,” he said.

The former CS is being held on allegation of assault and it is not clear whether he will arraigned Monday morning.