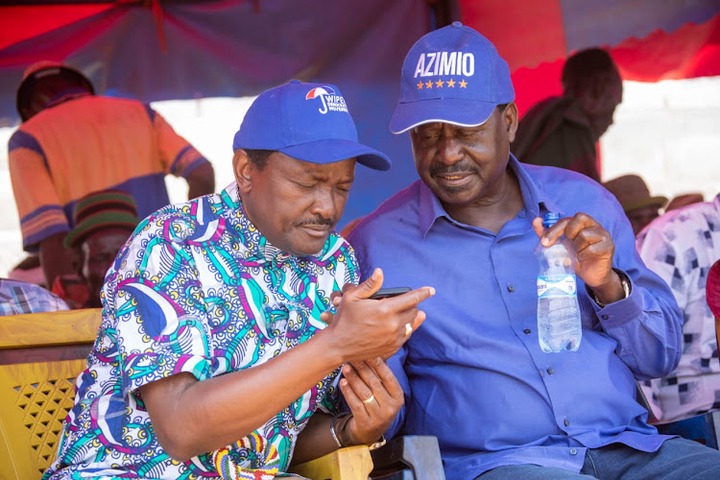 There is nothing like the Chief Cabinet Minister position being promised to Wiper leader Kalonzo Musyoka, Makueni MP Dan Maanzo has said.

Kalonzo was on Monday promised the post by ODM leader Raila Odinga, who said that he will make him the Chief CS if he forms the next government.

But Maanzo, an ally of Kalonzo, has observed that this was an empty promise, on grounds that the seat doesn't exist anywhere in the country's constitution.

For the MP, a lawyer, while amendments can be made to include it, it merely means that Kalonzo will be a Cabinet Secretary with more roles and nothing more.

He says that as a result, Kalonzo will end up being vetted in parliament just like every other Cabinet Secretary if he accepts and gets the position. 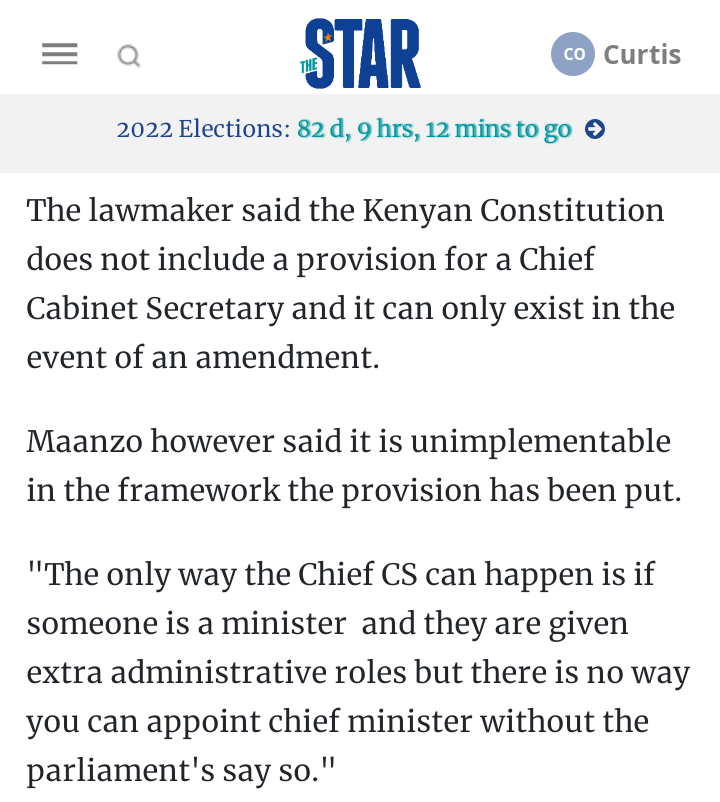 "The only way the Chief CS can happen is if someone is a CS and they are get extra administrative roles but there is no way you can appoint chief minister without the parliament's say so," the parliamentarian told NTV in an interview on Wednesday.

He also defended Kalonzo's decision to personally vie for President, saying that contrary to the notion, he isn't out to spoil Raila's votes and force for a rerun.

Maanzo opined that Kalonzo is vying like any other aspirant and is only out to give Kenyans another option apart from Raila and DP William Ruto.

"He can surprise you at an election when running for the presidency," the MP, one of those said to be inciting Kalonzo and pushing him into his recent decisions, further stated.