The Second in Command, His Excellency William Samoei Ruto was at Kasarani Stadium, Nairobi county yesternight where he was launching his manifestos ahead of the upcoming general elections. He was accompanied with a great number of his allies from across the country including his running mate, Hon Rigathi Gachagua. 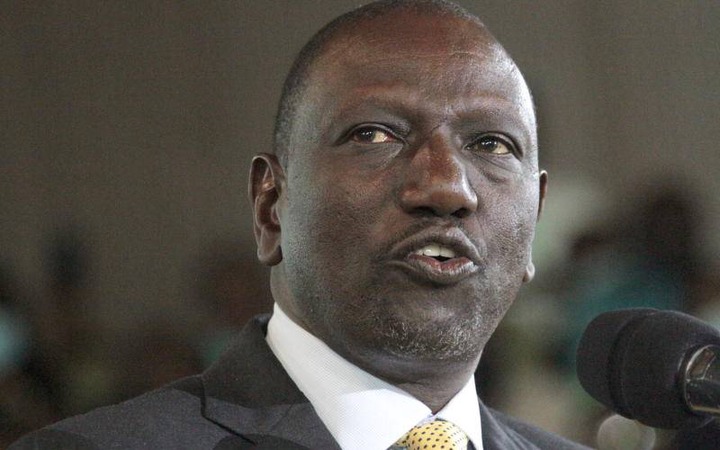 Jus a day after the big event, the Raila-led Azimio La Umoja camp has made a fierce reaction to his big announcement as their inform Kenyans what he is capable of if given a chance to lead the country. According to Alex Matere who's the current National Youth Leader under Azimio Coalition, the DP is the worst presidential candidate in the 2022 State House chase.

He has likened him with a Hyena as he argues that he cannot be trusted to lead a revolution of the sheep. Literally, the sheep are the prey of a Hyena and for obvious reasons, the Hyenas will end up feeding on the same sheep they're leading. Alex has now told Kenyans to reject the DP's presidency, stating that ascending him to the country's too seat will be like opening the gates for him to use his powers to exploit the ordinary Kenyans. 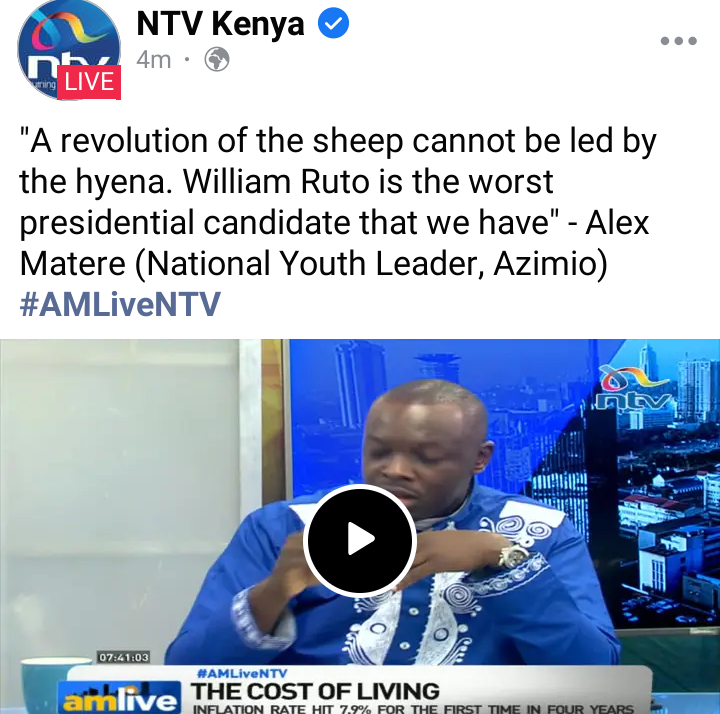 The Wait is Over, Raila Set to Address the Nation Today