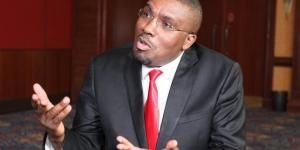 The former Mukurweini Member of Parliament has revealed that the TV station kept him waiting for over 35 minutes despite the station reaching out to him to appear for the interview. Throughout that time, his microphone was blocked despite appearing for the interview online.

Through a social media post shared on Thursday night, October 14, Kabando narrated that KTN News pestered him more than five times begging him to grace their station for the interview.

He noted that despite agreeing to their request, he was neither included in the poster of the show nor given a chance to air his views.

"Wah! Hii maneno gani tena! (What is this again?) KTN you call me 5 times today persistently requesting I be on tonight's crossfire, via zoom, which I do. But alas! Neither on this poster nor on the microphone to speak 35 mins on. There's a big problem here. Anyway, was last on KTN live 8 years ago," Kabando wrote.

According to a poster that was shared by the station, only Kiharu MP, Ndindi Nyoro, and his Ndaragwa counterpart, Jeremiah Kioni, were to appear on the show hosted by journalist Akisa Wandera.

Kabando called out the station accusing it of being unprofessional for treating him in such a manner. The outspoken politician even tailored the content of his post to insinuate that he might have been blocked because of his political affiliation and hard stance on some issues especially those revolving around Mt Kenya region.

"It's a privilege for one to be invited any live media interview. But it's also a favor for one to accept invite, set aside other obligations to support a media house program. KTN, why set me up in such shenanigans? I submit: it's unethical, unprofessional. But I understand why."

By the time of this publication, KTN News had not issued an official statement regarding Kabando's complaints.

The show, however, went on with Kioni and Nyoro gracing the interview with the content of their discussion revolving around Mt Kenya politics and issues ahead of the 2022 General Election.

This is not the first time Kabando is pointing fingers to the media. In June, he accused Citizen TV of ending his show with celebrated journalist Jeff Koinange prematurely.

The show raised eyebrows when Jeff deviated from his normal style of ending the show, where he allows the guest to give his final comments as well as take some comments online.

His comments regarding the show elicited a lot of reactions online. Most people called out the station afterward making him gain sympathy on the online streets. 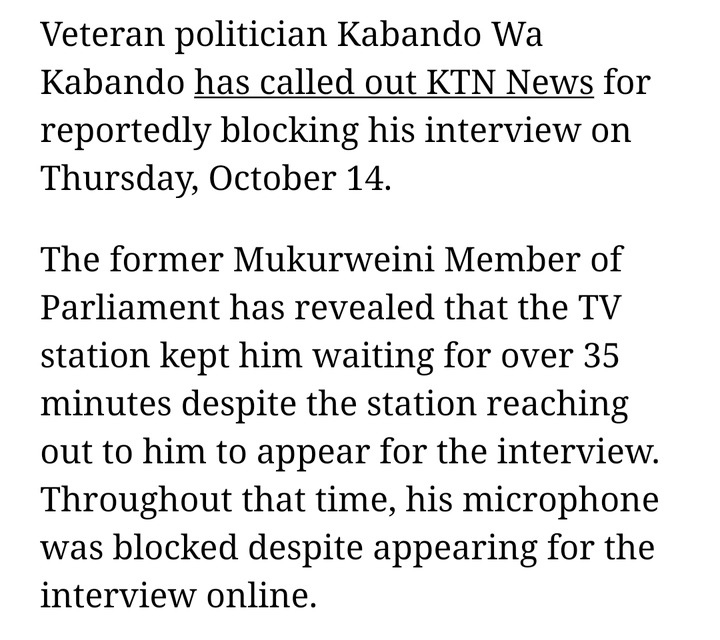