By AnnoAnalytica (self media writer) | 2 months ago 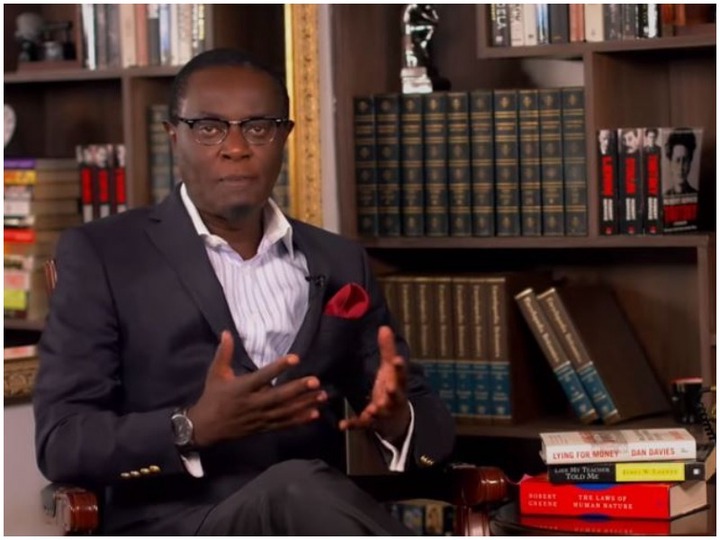 The unapologetic polital analyst and pundit professor Mutahi Ngunyi has revealed how Raila Odinga saved president Kibaki in 2002. This was after Kibaki was involved in a raod accident which stirred alot of controversy. Mutahi in a rejoinder revealed the notable events. 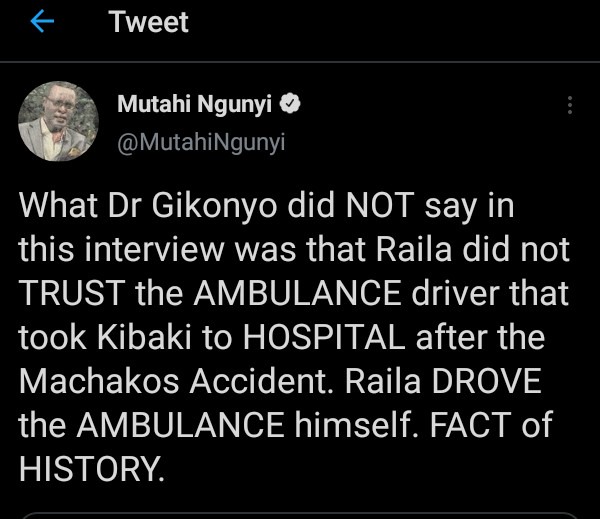 The tweet by Mutahi Ngunyi was a reply to a video posted by former KTN journalist,Dennis Onsarigo, where Kibaki's personal doctor, Dr Gikonyo was giving the accounts of the events. Dr Gikonyo revealed that Raila Odinga played a critical role in ensuring Kibaki gets well. 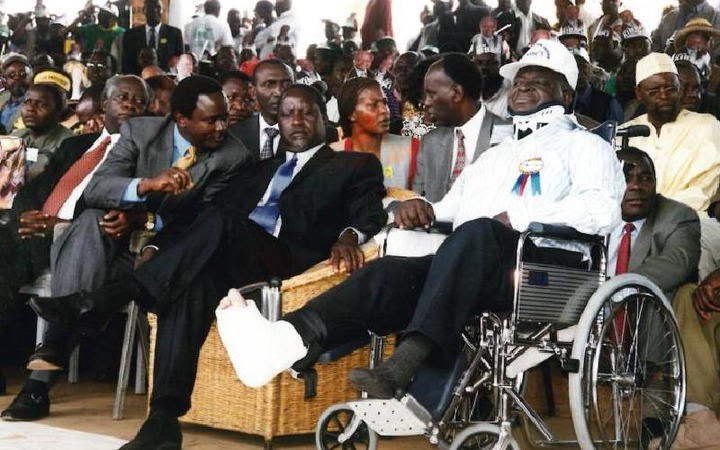 Professor Mutahi Ngunyi has recently been keen on Raila's presidency. He has declared him as the best bet come 2022. Through his YouTube channel dubbed, 5th Estate, he has openly criticised the Dp Ruto and time without number praised president Uhuru and Raila Odinga.

Mutahi Ngunyi has declared that he is NEVER wrong on political predictions. Will his prediction of Raila ascending to the office on the hill materialize?

Send your comments as we engage.

Content created and supplied by: AnnoAnalytica (via Opera News )