By Kenyan_Top-Topic (self media writer) | 1 month ago 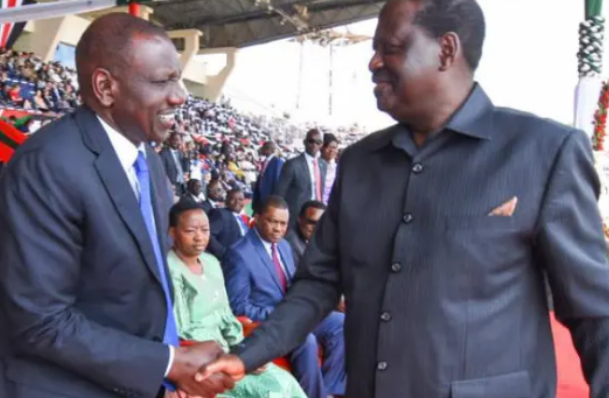 According to new elections, many Kenyans believe Vice President William Ruto is the most popular politician in Nairobi, the country's capital.

Nairobi is seen as a volatile region ahead of next year's general election, although it has long been seen as backing ODM leader Raila Odinga.

Kenyas.co.ke has released the poll to determine who Kenyans believe is the strongest politician in the region, and has named ANC leader Musalia Mudavadi and KANU leader Gideon Moi.

58% of voters said Ruto, Odinga 36%, and Mudavadi 4%. Only 2% believe that Moi, a lawmaker from Baringo, is the most powerful politician in Nairobi, according to the election. However, the result comes just days after politicians in Nairobi assured Raila that he had the local vote as well as Luhya residents, who are considered his majority in the region.

Several other online polls about who will win the presidency in 2022, such as the election, endorsed the DP, who is leading the race. 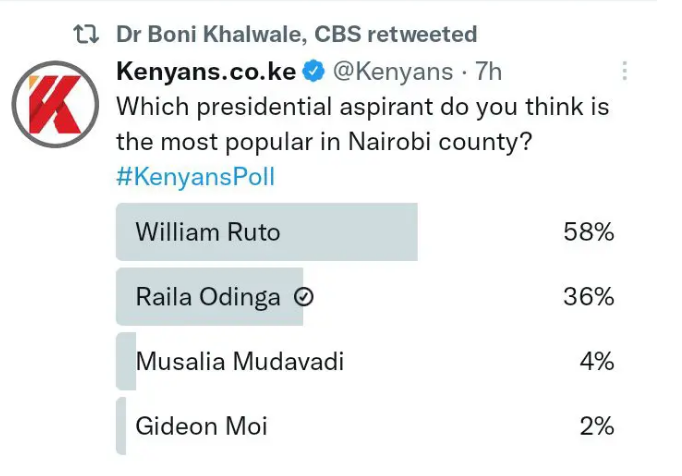 Content created and supplied by: Kenyan_Top-Topic (via Opera News )

Hussein Breaks Silence After Appointment to Ruto's Campaign Team; "I Share With the Hustler Story"