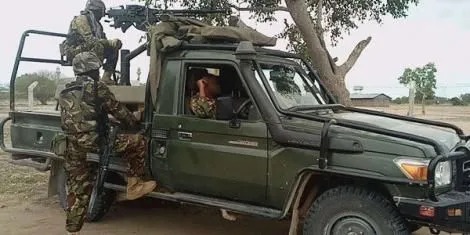 A top Kenyan journalist working for Aljazeera as the East and Central Africa correspondent narrated her scary ordeal along the Kenya - Somalia border.

In an exclusive interview with Kenyans.co.ke on Friday, October 22, Catherine Wambua Soi, who was nominated for the prestigious Emmy Awards for her coverage in Burkina Faso in 2019, gave an account of the events that unfolded on her first assignment along the border.

She stated that while on her first assignment with her colleagues, they did not know the proper border points which led to them crossing into Somalia accidentally.

“It was our first assignment, I was with my colleagues and we did not know the proper border points. We crossed without knowing and accidentally found ourselves in Somalia,” she stated.

Wambua narrated that she thought they were still in Kenya until they saw very young soldiers in a military combat that was different from that used by the Kenya Defense Forces (KDF) officers. 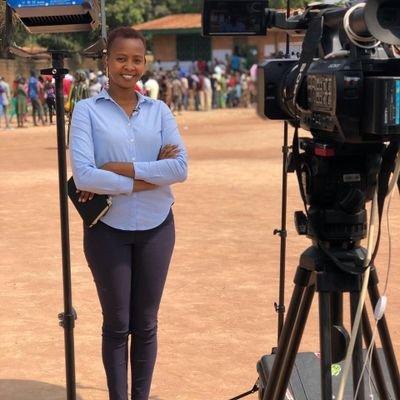 “I thought we were still in Kenya, as our vehicle was moving, we came across soldiers who were looking quite young. The soldiers were not in the same combat as the one used by the KDF. I wondered if Kenya had employed such young soldiers and even changed their military attire," Wambua narrated.

She said that she sensed everything wasn’t right when she noticed the soldiers were speaking Arabic.

Wambua and her colleagues didn’t know that they had just entered the territory of an Al Shabab rivalry Sufi group called Ahlu-Sunna Wal-Jama (ASWJ) that had captured parts of the border region at that time.

Since the first week of November 2008, the Al Shabaab engaged in a fierce fight with the radical Al Sunna group over control of various parts of Somalia.

The Sufi soldiers were then ordered Wambua and her colleagues to alight from their vehicle before being detained by the Sufi group on the grounds that they were spies.

“The soldiers ordered us to alight from our vehicle and captured all of us before taking us to a room saying that we were sent to spy on them,” she stated. 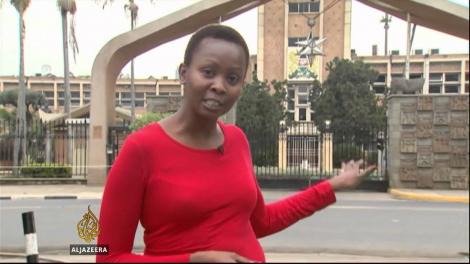 She said that they were detained by the soldiers for several hours before An Arabic correspondent working with an international media house came to their rescue.

“We were detained for hours and we didn’t know what to do. Miraculously, an Arabic correspondent working with an international media house came to our rescue and after a long conversation with the soldiers, we were released,” she stated. 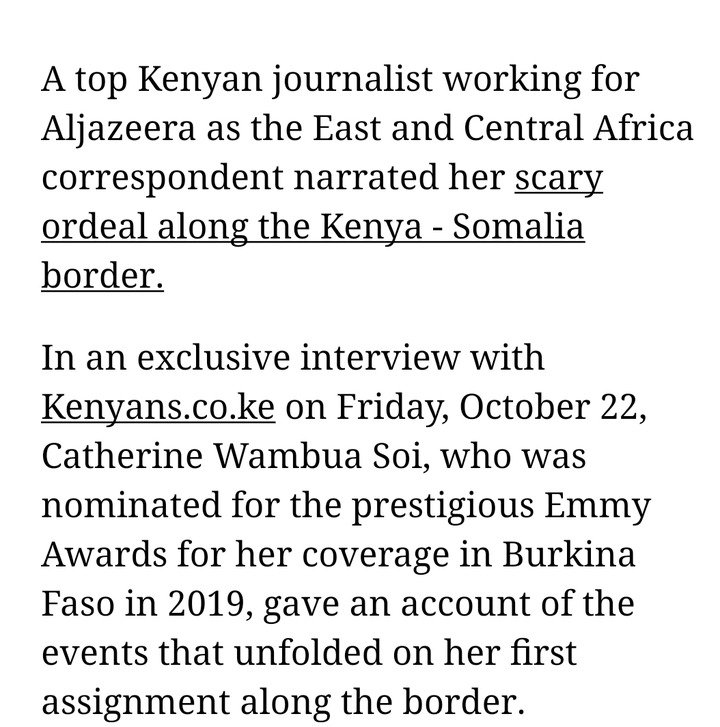 JUST IN: Millicent Omanga Sends A Message To Raila Odinga, Tells Him This