Sifuna Bounces Back to Pounce on Ruto

By Politicskenya (self meida writer) | 7 months 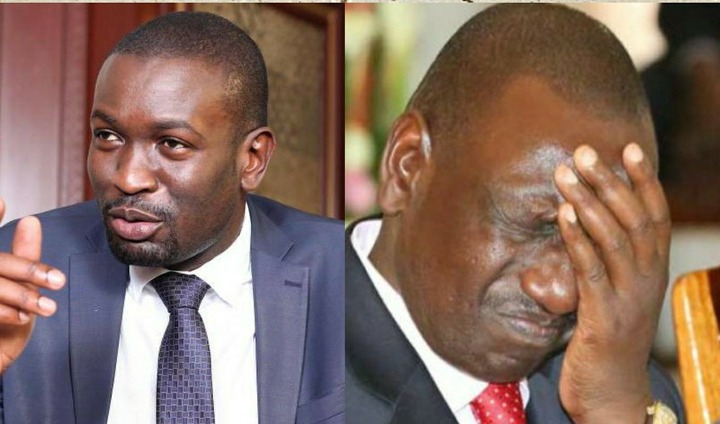 The secretary general of Orange Democratic Party Hon Edwin Sifuna took to his twitter account a statement attacking the deputy president Dr William Ruto for his so called "empowerment program" among the youths, women and kenyans with disability. A twitter fight that had cooled down between the two seems to have been awakened once again by the radical SG.

Sifuna blasted Ruto for publicising every tiny thing that he does. According to him, that is cheap publicity which the ODM party does not engage in. He also refuted claims that his party does not empower kenyans. "Unlike #Arapmashamba we don't shout about every small thing we do." he claimed.

The latter then narrated how he met his driver and his personal assistant. His driver as well as the PA were jobless youths in the streets before he picked them, which according to him is also empowerment. 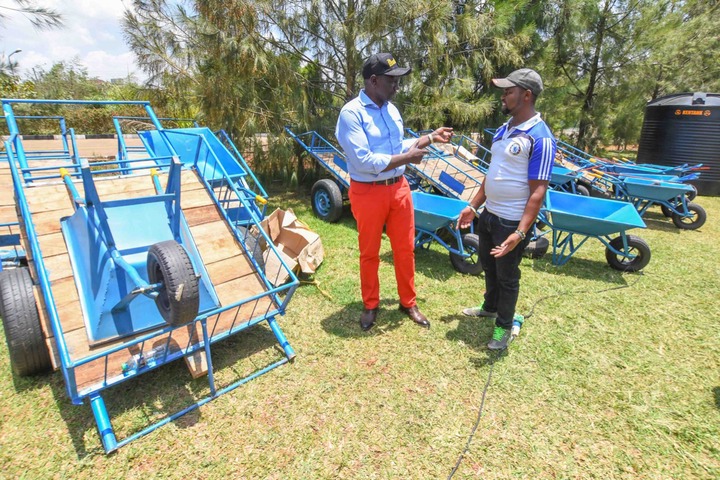 Finally the SG urged young people in the nation not to buy into cheap politics of handouts inform of wheelbarrows. According to him, the DP is lying to kenyans using cheap wheelbarrows while his children enjoy the plumb job opportunities of this nation. "M sibebwe ufala na ma wheelbarrow na Rustler kazi anapea watoto wake!" Sifuna told the youths.

Kenyans on twitter however did not spare the legislator. Some of them came in to defend the deputy president claiming that what he was doing was real empowerment. According to them the driver and the PA were just two lucky folks that landed on the jobs.

"Your driver and your PA are just but mere two lucky guys to have a work, the big question is, what about millions of youth out there who cannot manage to be your driver or your PA? Can they just sit down and wait for ODM's demonstration to be empowered to throw stones?" one Lekakeny Dennoh stated.

Below are more comments by Kenyans: 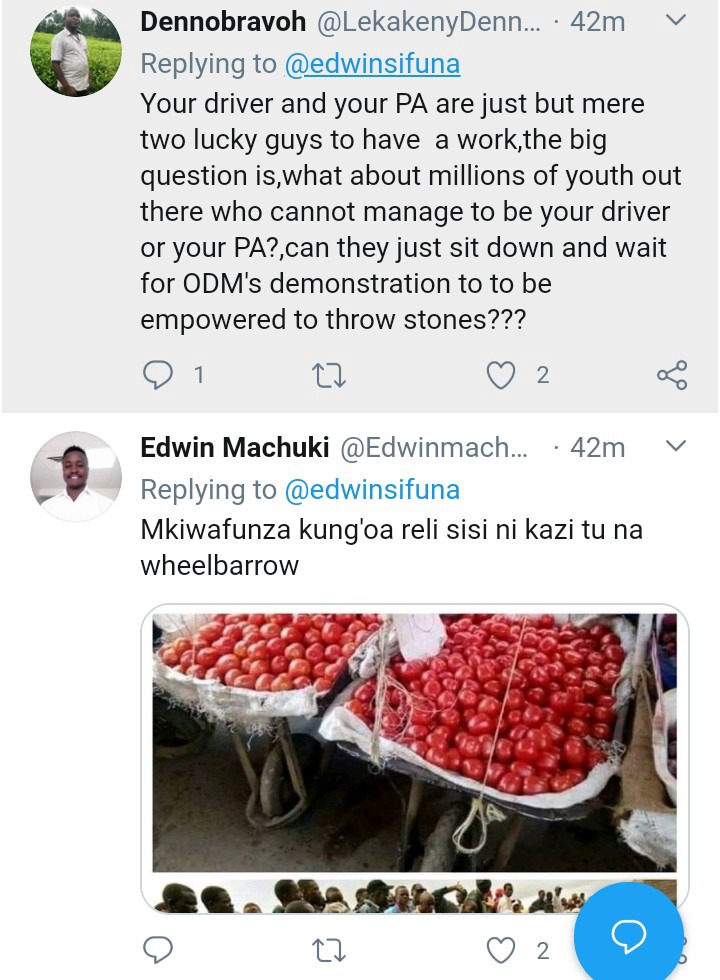 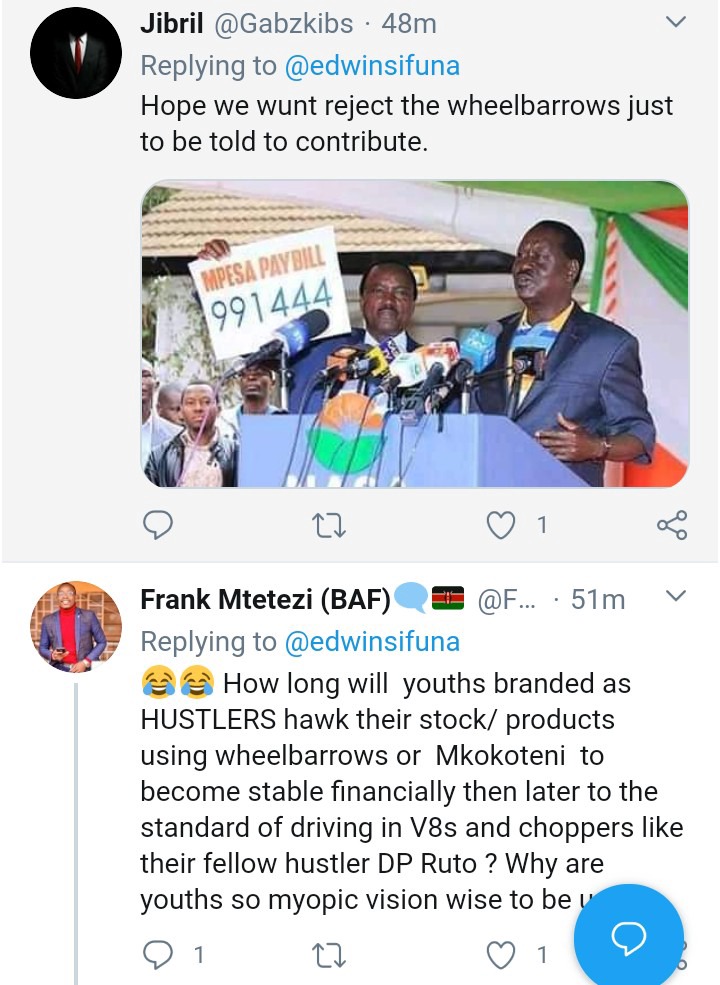 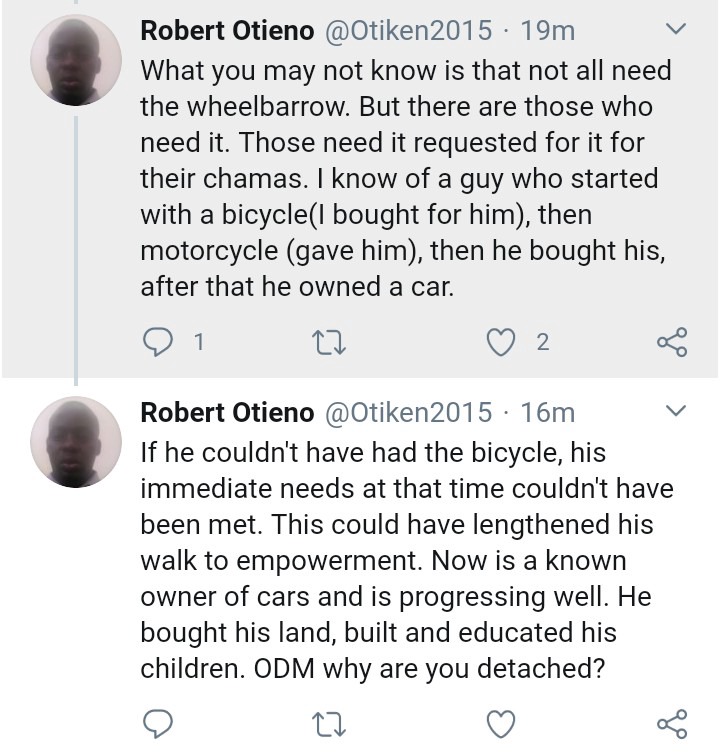 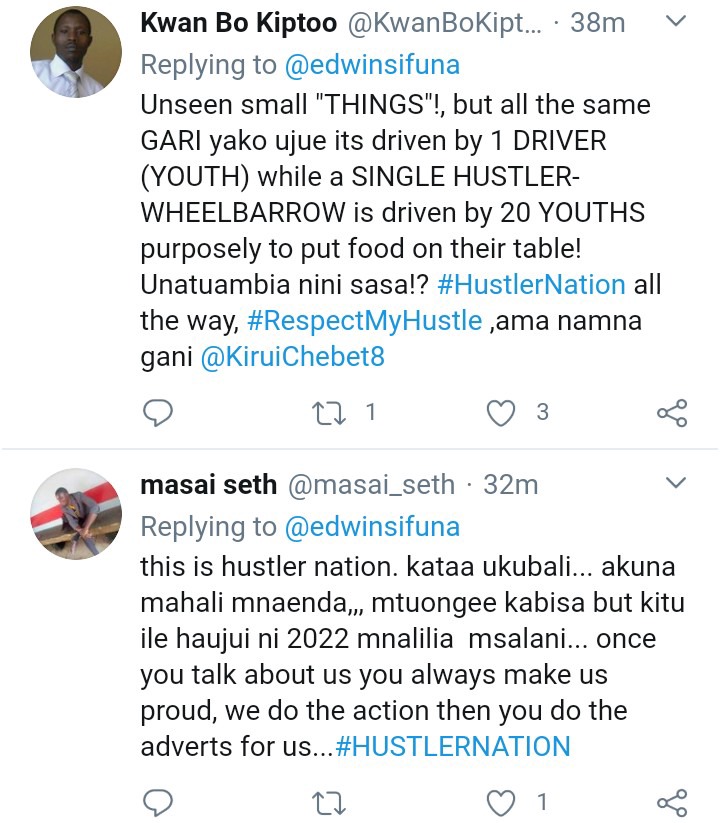 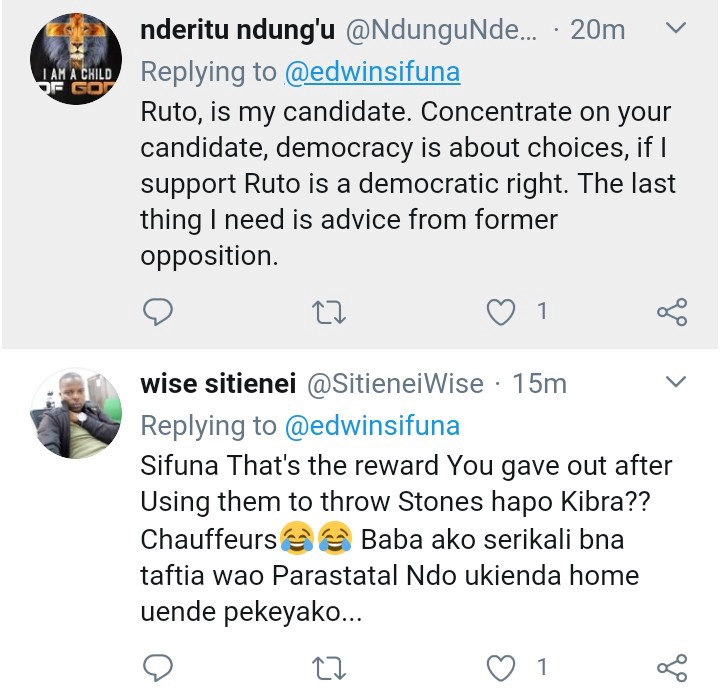 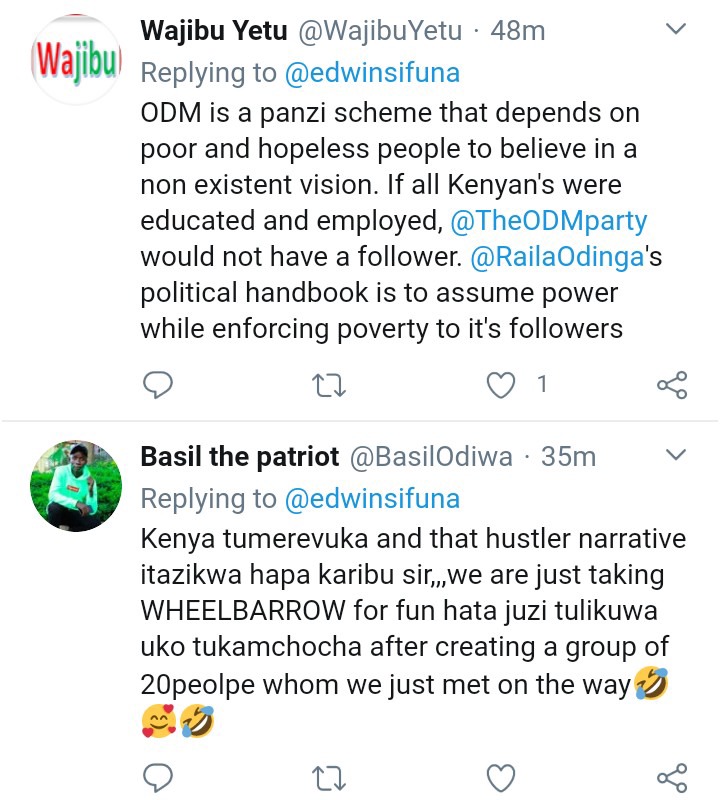 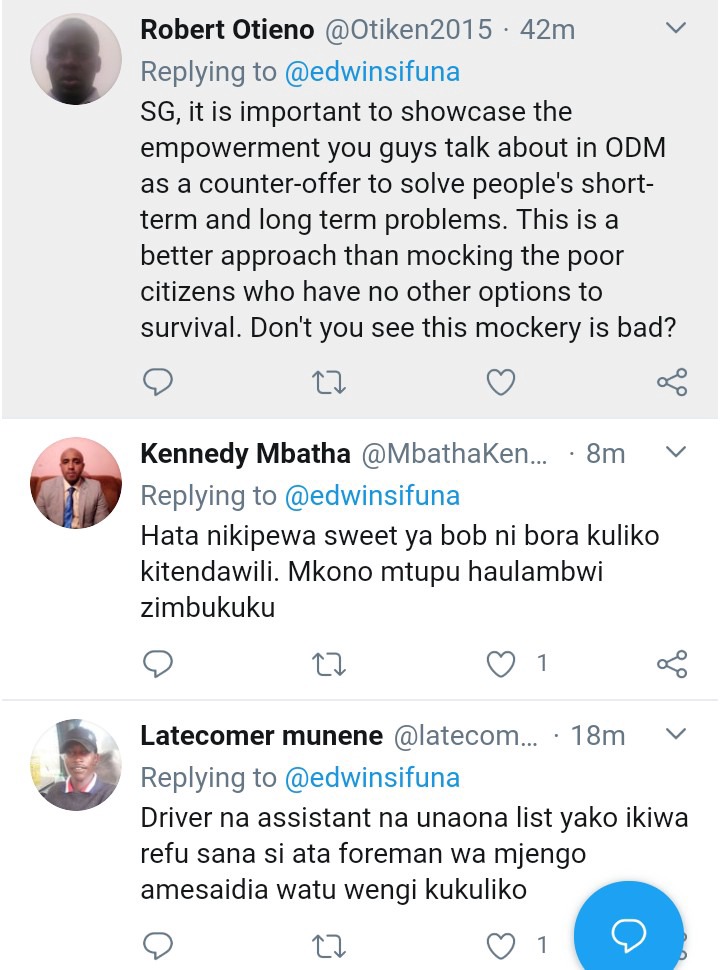 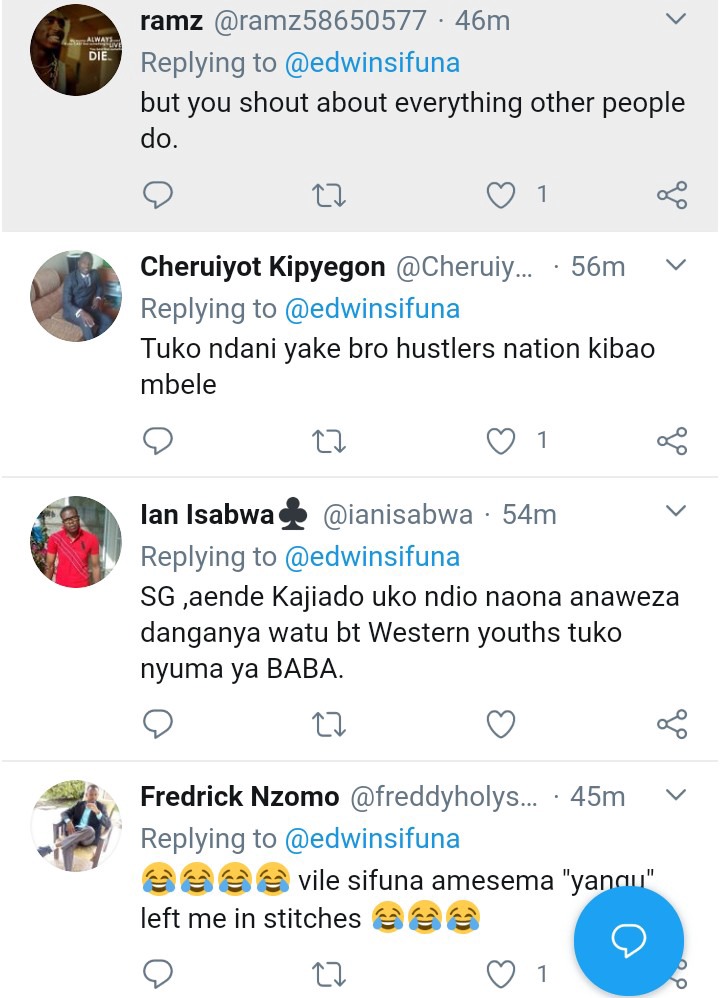 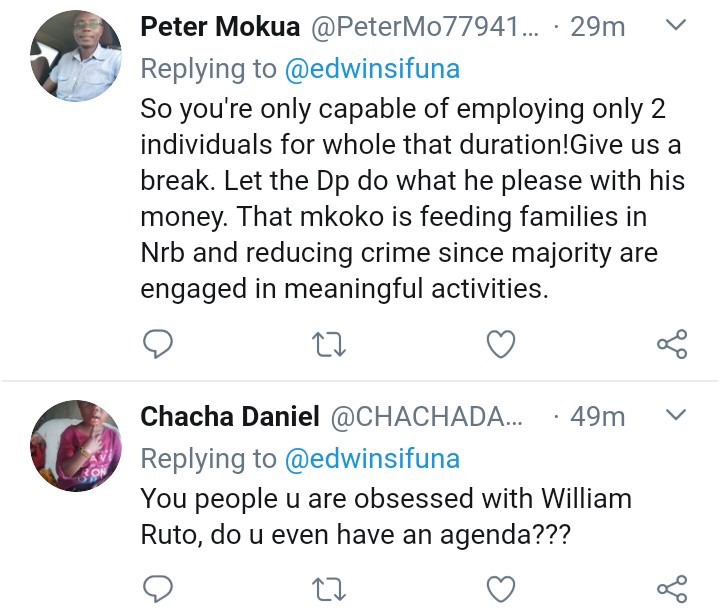 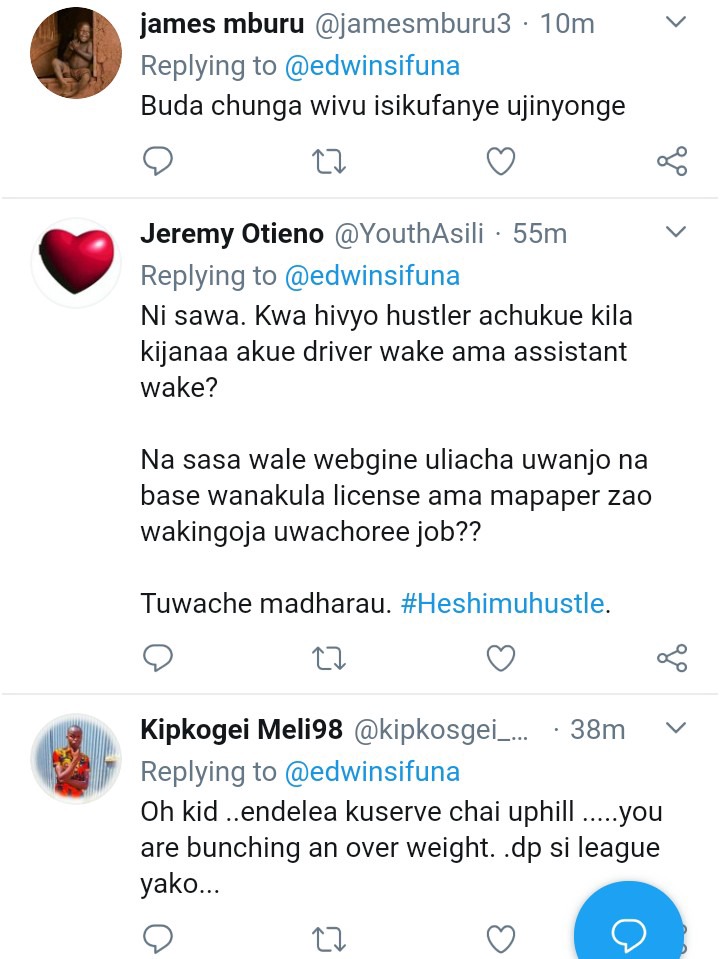 Content created and supplied by: Politicskenya (via Opera News )

For Those Sleeping With Their Phones, It Kills You Slowly: Check Out The Health Risks

Set Standards For Diploma In Primary And Secondary Education