By SpectacleNews (self media writer) | 17 days ago 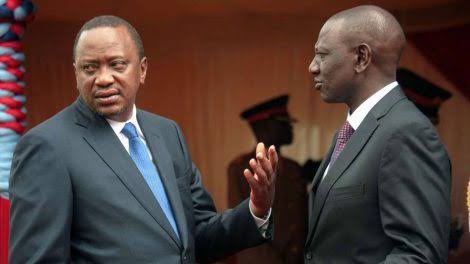 Speaking during an interview, Mr Odinga said the DP was campaigning for the Presidency all alone since 2017, and the entrance of other aspirants has now left the second in command panicking.

"Ruto has been campaigning by himself since 2017. Now that competitors have entered the field he is feeling the heat." Odinga said.

So far, Musalia Mudavadi, Kalonzo Musyoka, Gideon Moi and William Ruto are among top political leaders who have declared they'll vie for the Presidency in 2022.

Despite his attack on Ruto, Mr Odinga maintains he has not declared if he's going to be on the ballot as a presidential candidate.

However, political observers opine that the 2022 presidential contest will most likely be between William Ruto and Raila Odinga, with the former premier expected to declare his presidential ambitions in the coming months. 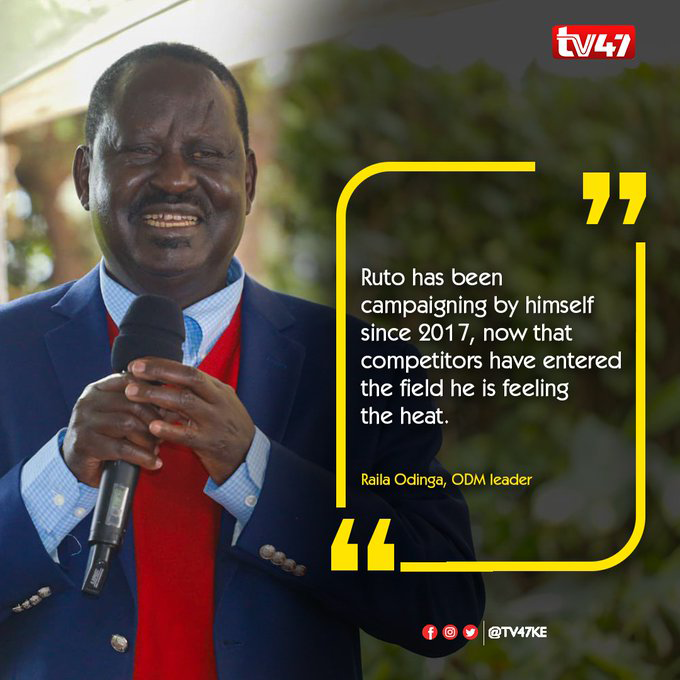