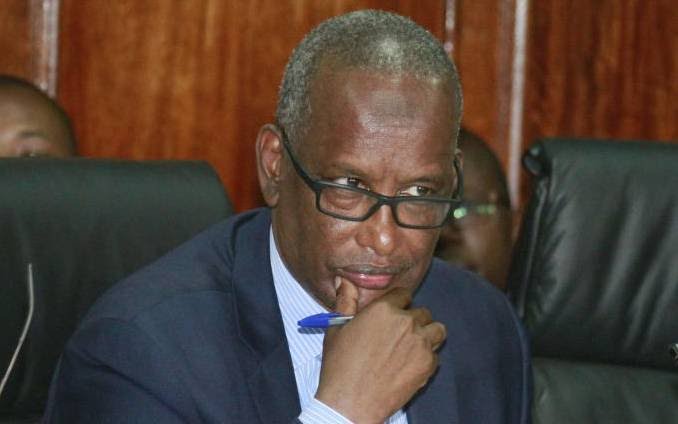 The Principal Secretary in charge of the Ministry of Defence Ibrahim Mohammed has been jailed by the High Court of Kenya.

This follows his failure to pay five former military officials a lumpsome of about Ksh 12.5 million following their illegal detention during the 1982 coup. 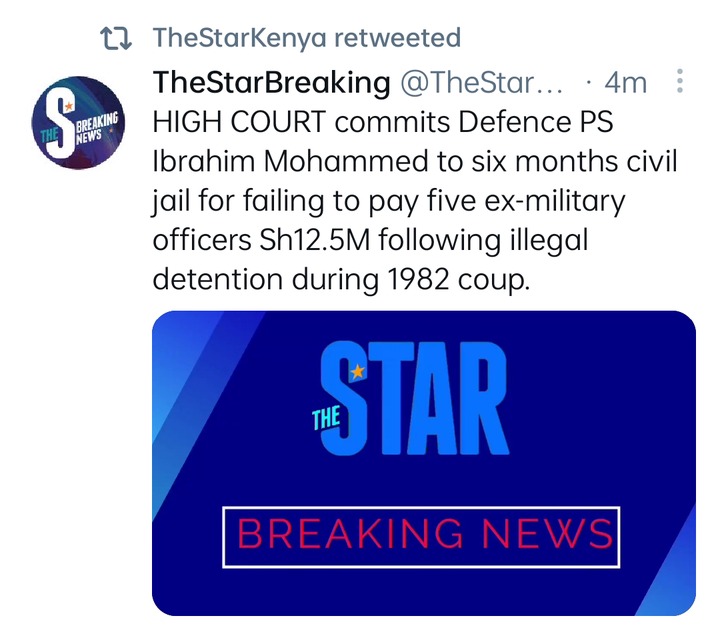 In the case, the High Court had ordered that each of the petitioners receive Sh5.5 million after they were detained for eight months from August 1982 to March 1983.

“It is clear to my mind that holding of petitioners for eight months without a charge and not being arraigned in court was unlawful and was a clear violation of Section 72 (3) (b) of the repealed Constitution,” Justice Lenaola had ruled.

However, the government through the Ministry of Interior did not comply with the Court Order and hence the court has found the Principal Secretary in contempt of the court order.