By EverythingKenya (self media writer) | 8 months ago 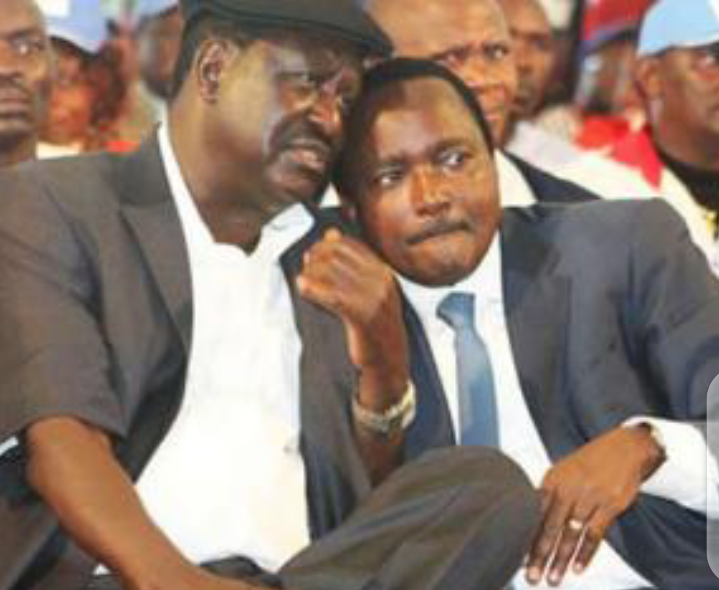 Days after the high court nullified the bbi process as as unconstitutional, the Wiper Party leader Kalonzo Musyoka has come up with new claims that has left Kenyans talking.

Kalonzo Musyoka has today asked Kenyans to respect independent institutions especially the office of the President.

He added that, as a democratic nation, the country's values were drawn from the respect for the rule of law, separation of powers, and respect of the people’s freedoms.

In his statement that was shared by Denis Itumbi, Kalonzo had it that, He did not personally agree with The High Court’s decision to stop the BBI process. However, he asked Kenyans to focus on Nation building exercises restraint from anything that could plunge the nation into a crisis.

Wakili Kariuki Ndalu had it that, it was hard to understand Mr Kalonzo Musyoka terming him as 'Watermelon'.

Kariuki added that, Kalonzo had started by telling Kenyans to respect a man, Mr. Kenyatta, who in his opinion never had respect for the judiciary and ignored Court orders.

Further he said that, it was contradictory for Kalonzo to ask Kenyans to respect Mr. Kenyatta and the Judiciary at the same time.

Muema Wambua on the other hand had it that, it was ironical for Kalonzo to remind 'fellow citizens' to respect the judiciary and adhere to the rule of law, while he was supporting a violation of the constitution via a back end amendment. 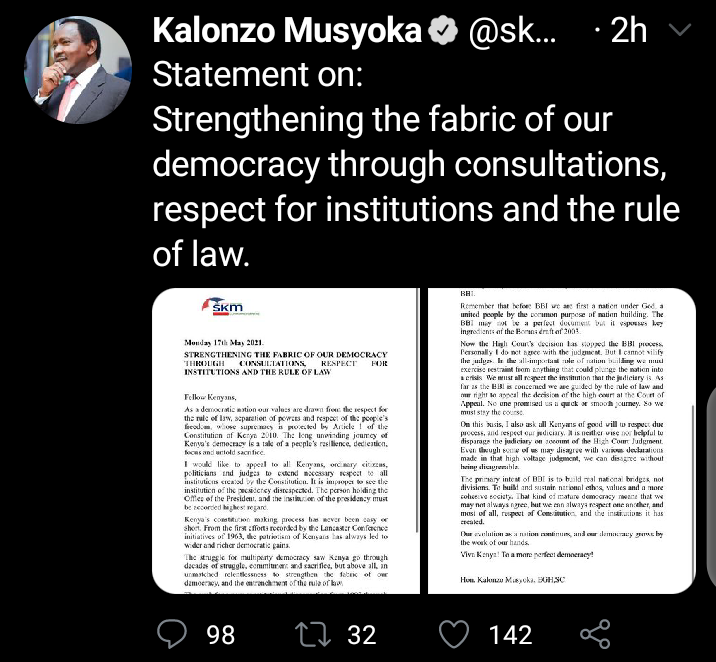 List of Journalists Who Have Joined Politics This Year

George Wajackoya: The Man Who Has 'Eaten' The Book More Than Any Other Kenyan, Roots Party Leader