Raila's Gets Warm Reception in Murang'a

By Politicalsureanalyst (self media writer) | 3 months ago

Raila's motorcade has been blocked by thousands of youths on his way to Ihura stadium where he expected to meet thousands of locals. The former prime minister has been given a warm reception by locals in Murang'a county as they cheer in ODM slogans giving thankful message to Raila over his,struggle for the country.

The youths shouted and cheered at Raila as they praise him over the BBI initiative. The thousands of youths pleaded with Mr Odinga to comment on the fate of the initiative which they claimed had a lot of goodies for the people of Mt Kenya region. 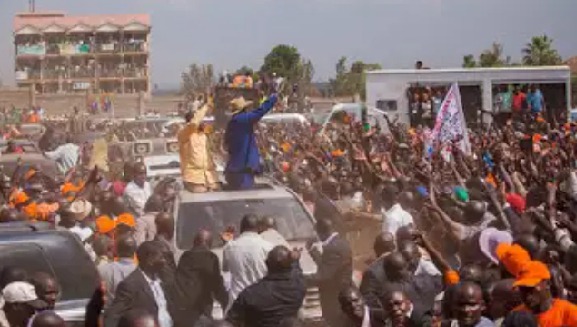 The cheering crowd blocked Odinga's motorcade as they claim that Raila is the best bet to succeed president Uhuru Kenyatta.

It forced Mr Odinga to wave at the cheering crowd as he assures them that the BBI reggae is on halt time and will resume in due time. 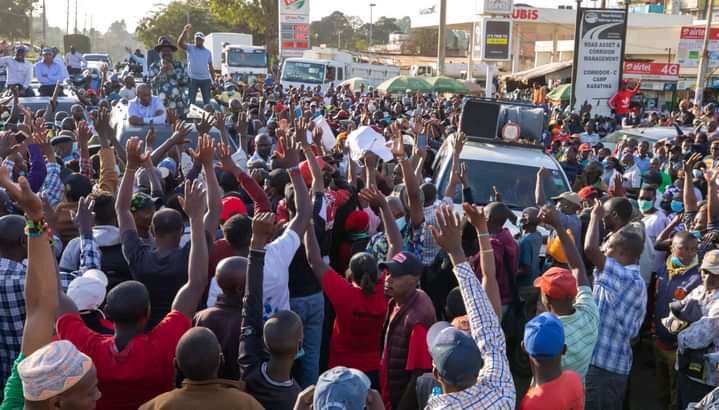 He urged the crowd not to give up under his,reign as he,stated that the initiative has a lot of goodies for not only Mt Kenya but the country at large. His statement further forced the youths to cheer at Odinga as they shout at his name "Raila tosha"

Hii Ni Bhangi', See What Happened To An Officer After A Man Threw Stones At The Police Station

Today's 5 matches to win you 3k with a little stake.