By PoliticalNewsAnchor (self media writer) | 1 month ago 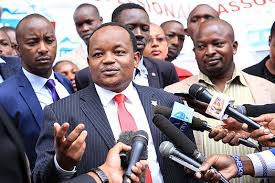 August 2022 politics came to an end after his excellency William Samoei Ruto and Deputy Rigathi assume the office of the presidency, immediately after the inauguration ceremony.

Nyeri town lawmaker has revealed that since Deputy President Rigathi Gachagua was sworned in on 15th to take charge of government he has had many encounters that has totally ruled out his personality as the second in command of the defense forces.

During the august 2022 general campaigns Kenyans complained of Gachagua's dressing code something that they thought will change immediately he assume the office of the president, terming him as a poorly dressed politician. 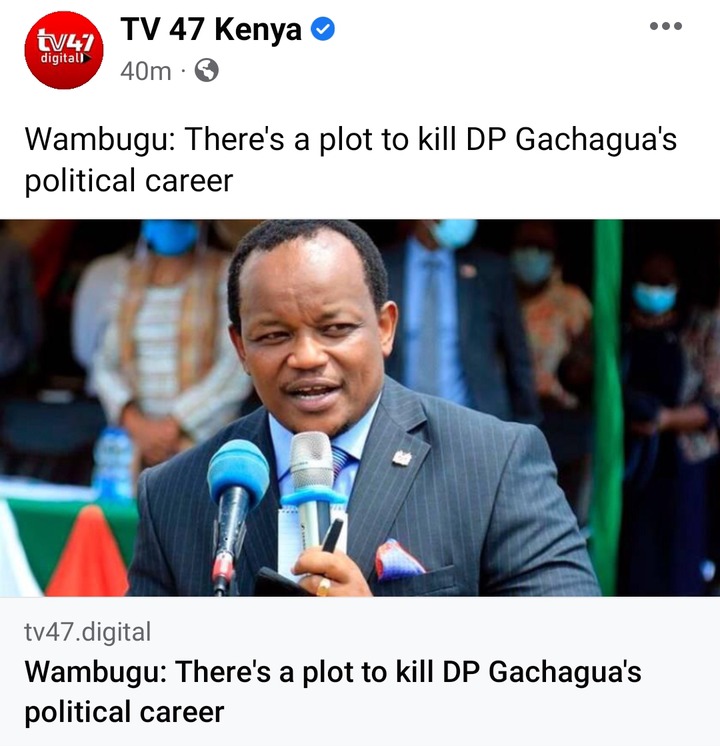 Former Mathira Constituency member of Parliament Honourable Rigathi Gachagua was also described as a politician who has a loose mouth and never mind what to be said in public and what to be kept.

But according to Wambugu he has dismissed allegation concerning Gachagua's dressing codes saying he is not poorly dressed. However Wambugu has now revealed how Kenya Kwanza government is slowly killing Gachagua's political career

He has foresee a day when kenyans will take Gachagua's as a political joker whom no one shall ever believe in his words. Mt kenya ally claims that the rate at which social media are using Gachagua's images for memes to make kenyans laugh is alarming.

"Now we are at a point government officers are comfortable responding to him via the media. Gradually we will get to a point where his public image will be of a political joker who’s out of his depth as DP. (And he’s falling into the trap). In a couple of months no one will take him or what he says seriously.

He has reiterated that this will slowly undermine and kill his political career as the deputy President, adding that Ruto should condemn such behaviors mocking Deputy's personality. Source link: https://www.facebook.com/960549524105124/posts/pfbid02kSB7M1xwei5ujw3Wb9iad5h71eudpzo1LVP3YVErDQexuiTgfoYSekq5XwbN7AT8l/