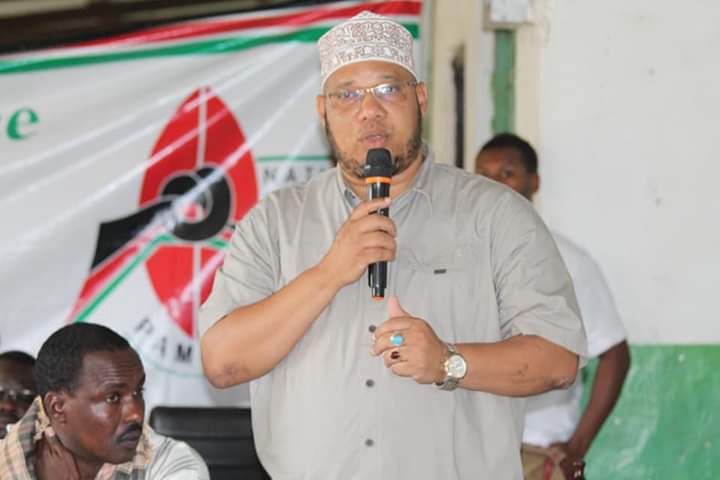 Lamu East MP Athman Sharif says no one will defeat him in the forthcoming 2022 general elections.

In 2017, Mr Sharif was re-elected by the Lamu East Constituents on a Jubilee Party ticket following his good development track record.

Speaking to Opera News Hub on Tuesday, MP Sharif reiterated that he is not deterred by his opponents seeking for the seat come 2022.

Among those who have already declared interest in vying for the Lamu East Constituency seat is Lamu Woman Representative, Ruweida Obbo, famously known as Captain Ruweida of the Jubilee Party and Shekuwe Kahale Mwanati. 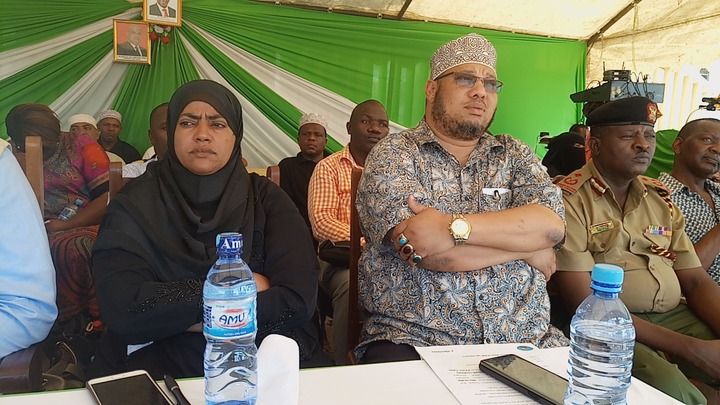 MP Sharif however insisted that those vying for the position should have in mind that the Lamu East people are still having confidence in him and that they have already promised to elect him again so as to enable him accomplish some of incomplete projects in the area.

He told off his opponents that they should wait until he retires from politics for them to get the position.

He cited the various development projects that he has so far done in the constituency, including ensuring Lamu East residents connected to the national grid electricity for first time since independence.

The residents have for decades been forced to ferry fresh water using jerricans and ken tanks loaded on boats all the way from Lamu West to Lamu East.

MP Sharif says today, residents in most of the Lamu East villages are enjoying fresh water taps supplied in their households. 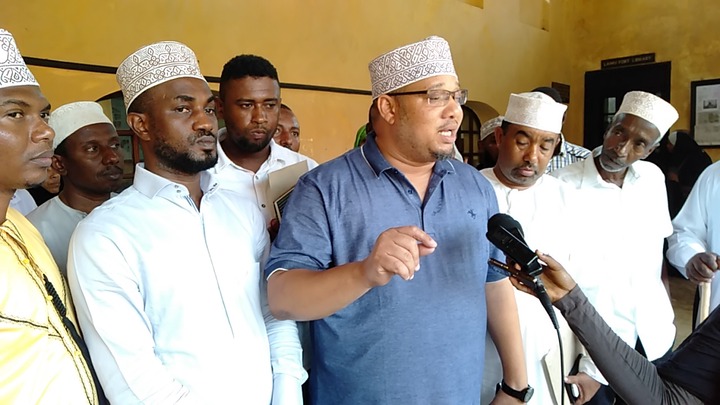 He said such developments and many more has placed him at a better position of winning in the September 9, 2022 General Elections.

Despite having been elected on a Jubilee Party ticket in the 2017 General Election, MP Sharif has in recent times been among Deputy President William Ruto’s allied legislators and has shown all the signs of defending his seat on the Hustler Nation’s United Democratic Alliance (UDA).

“I will be in the race come 2022 General Election. My constituents still need me to finish the few projects that are incomplete. For the first time under my leadership, Lamu East residents are enjoying national grid electricity and water supply in villages. It’s only Kiwayu and Ndau that are yet to be connected to electricity. My people will elect me to accomplish such projects and do more. I am not deterred,” said MP Sharif.

He went further to defend DP Ruto’s bottom-up model, insisting that it is the only approach anchored on deliberately promoting investments and financial instruments targeting the millions who are unemployed, hustler enterprises and farmer groups.

“My people in Lamu East are mostly fishermen and business people. They are part and parcel of the hustler nation. I am confident that the bottom-up approach will greatly empower them by injecting money to their low-income ventures. This is the perfect way to build the economy of my people and the country as a whole,” said MP Sharif. 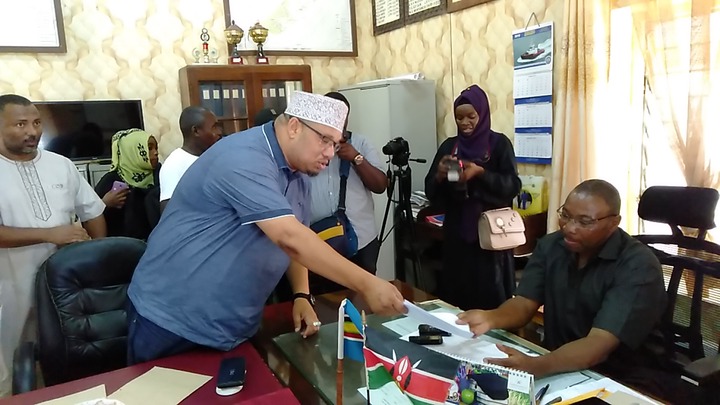 He added, “I don’t fear my opponents. I invite them to contest for the seat in 2022 since it’s their democratic right. But a free advice to them is this-they should wait until I retire. That’s when they can consider vying, winning and leading the constituency but as long as I am the incumbent, I am the people’s choice always.”

Since 1966 to date, the constituency has been represented by male MPs only with one female aspirant and former Lamu Woman Representative, Shakila Abdallah, having tried her luck in vying for the seat but lost in the 2007 General Election.

Among the MPs who have so far served in the constituency include Abubakar Madhubuti (KANU), Mzamil Omar (KANU), Abu Chiaba (KANU), Mohamed Salim Hashim (KANU) and the incumbent Sharif Athman Ali of the Jubilee Party. 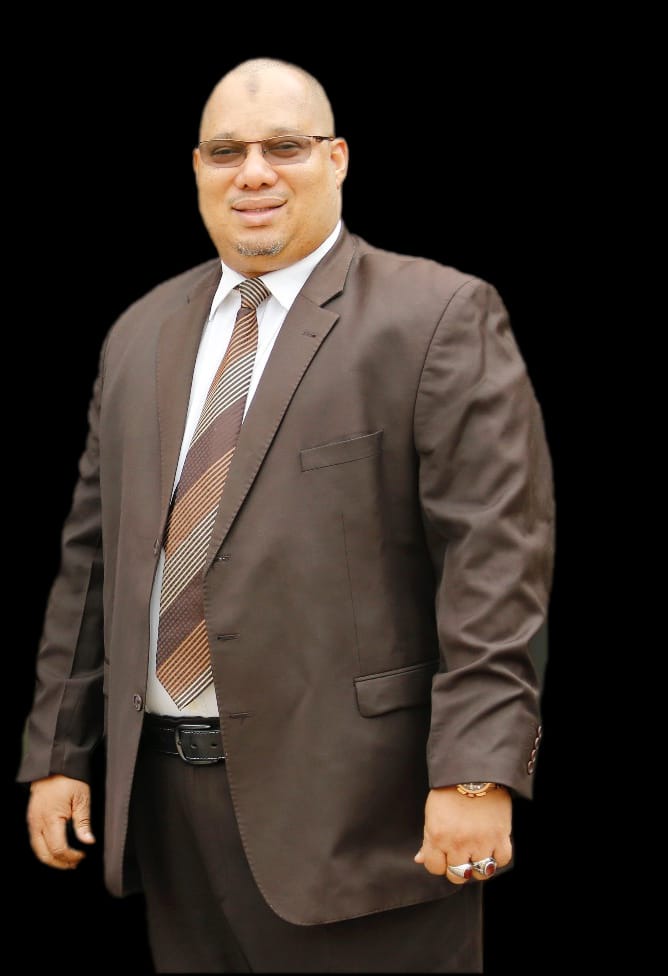 He holds a Diploma in Clearing and Forwarding from Pioneer Commercial College as well as a certificate from Kenya Institute of Management (KIM).

He has another Diploma in Business Management from the Kenya Institute of Management (KIM).

He has a Bachelor’s Degree (Bachelor of Science in Leadership) from the California Marimar University.

His manifesto as Lamu East MP is anchored in five pillars including quality education for all, youth and Women Empowerment through employment, infrastructure (roads), poverty eradication and Economic empowerment (Improved fishing and tourism sectors) which are the backbone to Lamu East and generally Lamu County’s economy. 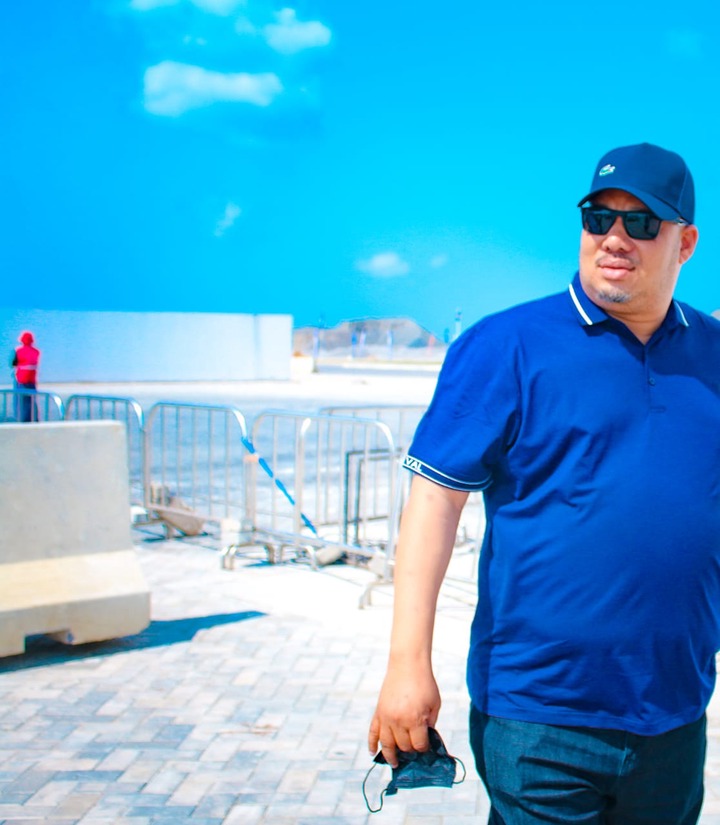 According to the Independent Electoral and Boundaries Commission (IEBC), Lamu East Constituency has a total of 18,234 registered voters.

The constituency has three County Assembly Wards which are Faza, Kiunga and Basuba.

Just In: What Has Now Been Spotted On Mombasa Road That Has Caused Serious Traffic Jam