By RealGithiri (self meida writer) | 1 months 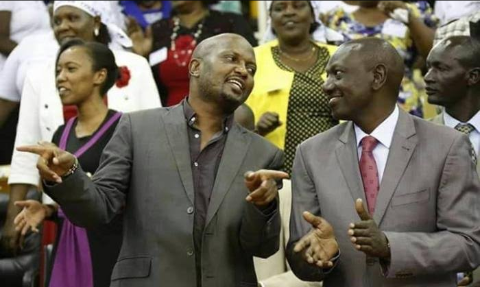 When deputy president William Ruto started visiting the larger Mt Kenya region, his political critics went ballant with his move to try and enter the president's region without his consent. He however proved to be not only a friend to the mountain people but a supporter to their ideologies and respective leaders.

His visits came with goodies that left the people asking for more. For example he helped fundraise to churches, women groups and youth groups just to make sure they had sustainable income to better themselves. Even though at times he was met with hostility from opposing camps, DP Ruto still managed to brave up a smile and forge on.

Then several by-elections rounded up in the vote rich region and it was time for the region to prove if Ruto's ambitions to succeed his boss president Uhuru Kenyatta would come to pass. Luckily his footsoilders in the region not only proved to stand by him even when they were arrested and intimidated to wallow away from him rather they also delivered numbers in votes.

They first showed him solidarity in Nakuru's London ward by-election where they delivered his preffered candidate to him as a winner. Yesterday they also delivered Rurii ward with a tremendous win against Jubilee's candidate. And now Moses Kuria delivering in Juja parliamentary by-election proves that the mountain has accepted the DP according to Koimbori's speech after IEBC declared him as the winner in the Juja parliamentary by-election.

Prophet Of Doom? Man Gets Beating Of His Life By Angered Hawkers