Kipchumba Murkomen Under Attacks Over his Damning Remarks on Raphael Tuju 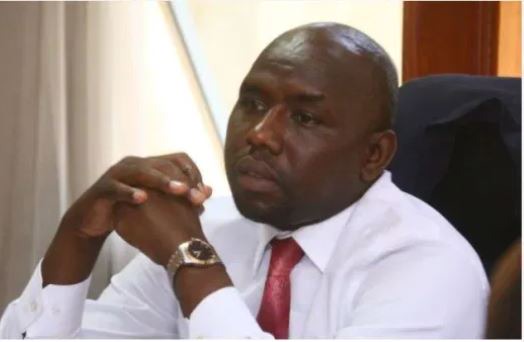 Elgeyo Marakwet Senator Kipchumba Murkomen is once again under fierce attacks from netizens following his attacks on Jubilee Secretary general Raphael Tuju over his remarks on the five judges who delivered a ruling on the BBI.

jubilee secretary raphael tuju has been on the fore front selling the BBI bill which started in 2018 ,The die hard supporter of president and ODM learder Raila Odinga.

This is after the Senator claimed that the SG had threatened the High Court judges for nullifying the Building Bridges Initiative (BBI) process, terming it unconstitutional, null and void.

” Raphael Tuju threatening judges will make you think he is not the same person fighting for his dear life after he was declared bankrupt,” he stated.

Murkomen added that if not for the courts, then the party secretary general would not be holding any office in the Country currently.

His sentiments however did not go down so well with the tweeps who took on the senator accusing him of the same during the aftermath of the 2017 general elections.

"No BBI, No Elections," Francis Atwoli continues with Reggae Song

"It Is A Breach Of Stage Play" Ezekiel Mutua Responds To Mukhisa Kituyi's Leaked Video.