"You Won't Win The Presidency," Muturi Told as Kikuyu Elders Hints of a U-Turn & Support This Leader 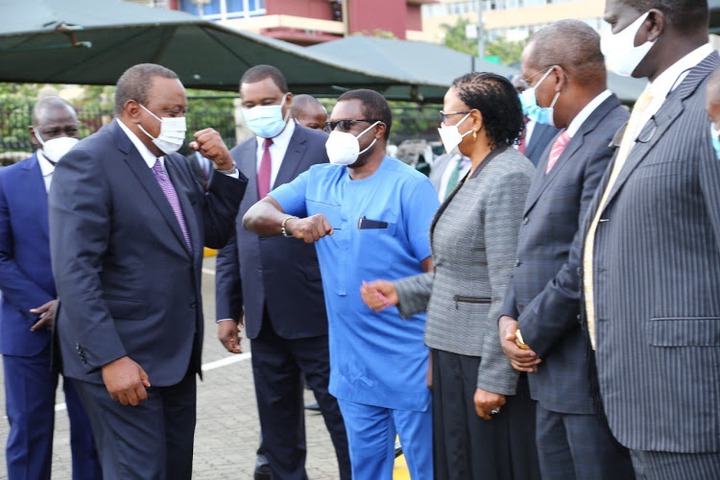 The Coronation of National Assembly Speaker Justin Muturi has been considered as the starting point to his presidential race interest after he publicly announced that he will be on the ballot.

Earlier on, Kikuyu Council of Elders, and the Njuri Ncheke claimed that his installation as Mount Kenya Region Spokesperson had nothing to do with 2022 general elections, but it seems things have taken a new twist.

Speaking with Peoples Daily and K24 TV yesterday, the Josphat Muragiri who serves as Njuri Ncheke's Secretary General claimed that the region might be forced to change their political tune come next year, and move to one direction, as they seek DP William Ruto's running mate position.

Muragiri claims that Muturi will not win the presidency owing to the mass support the Deputy President William Ruto continues to enjoy from the region. He added that Muturi should be focused to unite the region first.

"We are telling Muturi to unite the region. I am sure we will not win the presidency but we can easily get the position of Deputy President. Since Muturi is our son, we advise him to take position two because what we want is to have a representation in the national map," said Muragiri. 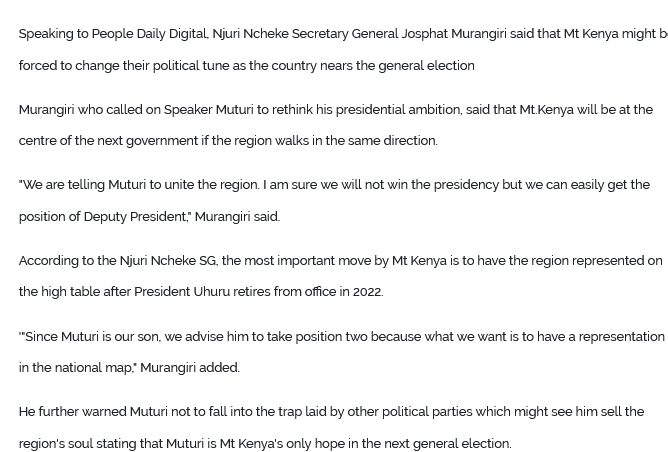