By AyodiK (self media writer) | 7 months ago 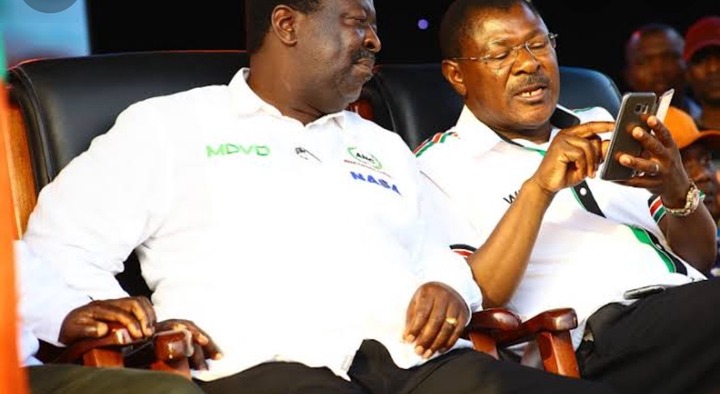 Kakamega Governor Wycliffe Oparanya has warned Musalia Mudavadi together with His Ally Moses Wetangula against claiming that they are speaking for the Lugha community, urging that they are inciting Lughas against Azimio leaders like Him, adding that they should stop blaming Raila for their political troubles that made them do the wrong choices.

According to Oparanya, the two have been throwing insaults at Raila while trying to blame Him for the problems that Lughas are facing, yet it was caused by their poor choices of Allies and also a whole lot of ignorance that seems to be tearing them apart. He added that they should stop saying during their rallies that they are speaking for Lughas, since people like Him are also available and have the best intrest for their people. Oparanya termed their scheme as evil and targeted at inciting Lughas against Azimio, and they should publicly say they support Ruto and not keep playing games.

"When we have such wrong leaders like Mudavadi and Wetangula who claim that they are talking on behalf of Lughas, instead of saying the truth that they are speaking on behalf of Ruto, but we are also here and we have a voice in this community. They think that any misfortune that they have was caused by Raila Odinga, but it's purely their own games and ignorance."Oparanya says. 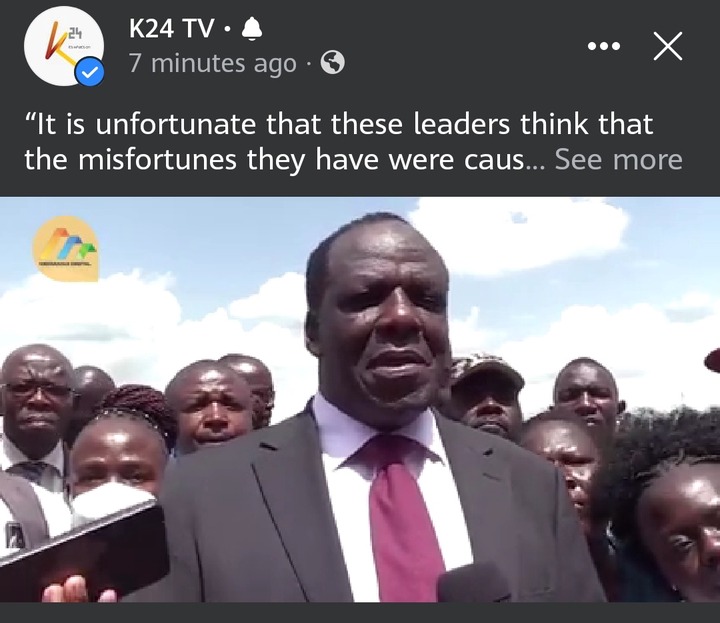 He further said that Raila has never been the president for Kenya but He ensured that He took Mudavadi from political dust and made Him deputy Prime Minister, and later Cabinet Secretary, and that's How He gained energy to sail through political journey. He added that Wetangula also benefited since His opposition of Raila's faction during Kibaki's era made Him gain more mileage politically.

" They should also know that Raila has never been the president of Kenya. The furthest He went was the Prime Minister, and they all benefited from that era. He raised Mudavadi from political cold and even made Him to be the Prime Minister, and also the Minister for local government in Kibaki's Government. Wetangula also supported Kibaki and opposed us when we were supporting Raila Odinga. "Oparanya added.

The governor spoke in Kakamega today.

Here is the Video link.