Kuria in his Wednesday night remarks challenged Odinga to pave way for new faces in the Kenyan politics.

Philip Etale has responded to MP Kuria politely telling him off.

According to the Etale, Kuria is a frustrated man and has recently been offensive in his language to express his anger. 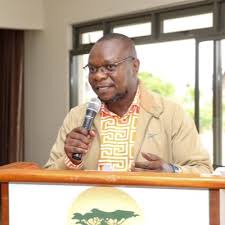 Etale has urged Moses Kuria to open his eyes as the country was now embracing Raila Odinga for presidency.

He told off Moses Kuria telling him things on ground were different as Kenyans will not vote the new Alliance between the second in command, ANC leader Musalia Mudavadi and his FORD Kenya counterpart Moses Wetangula.

"I have never wished to differ with my friend @HonMoses_Kuria, but lately he behaves funny to the extend that he overuses words to express his anger. I advise him to read the mood of the nation & sooner not later, he will know Kenyans are not headed the direction he wasn’t is to, " seemingly unhappy Philip Etale responded to Moses Kuria. 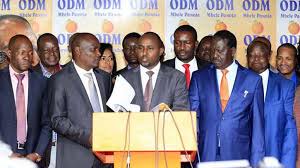 The Tanga Tanga lawmaker had asked Raila to pave way for the new Alliance between Ruto and Musalia saying the earthquake witnessed signalled the new era in Kenyan politics.

IEBC To Register Aspirants Between May 29 And June 7

Does Silence Make A Man Miss You. Do These 12 Things To Make Sure It Does