By Ukambanibreakingnews (self meida writer) | 8 days

Makueni gubernatorial seat is attracting new candidates day after day. The leaders are keen on succeeding the incumbent governor Prof. Kivutha Kibwana who is serving his last term. Two renonwed leaders from the region have publicly announced their gubernatorial bids.

Today former KMTC chairman Philip Kaloki joined the race and publicly declared his gubernatorial bid. The renowned professional announced this on his official Facebook page. He said that after massive consultation with the people of Makueni county, he has resolved to vie for Makueni gubernatorial seat. He said that he is committed in bringing change in the county. 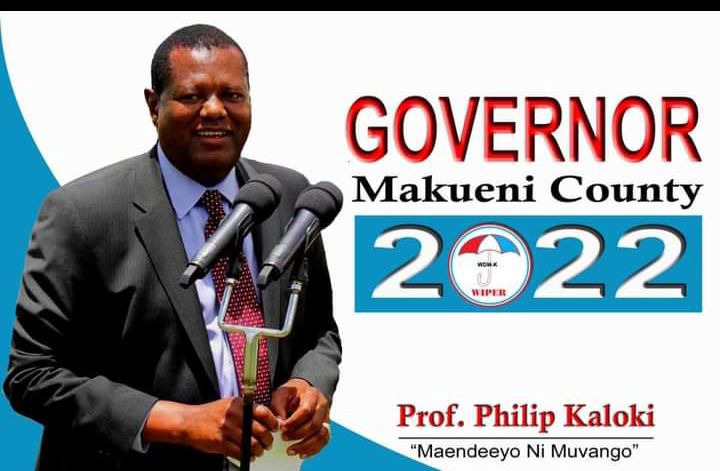 Mr. Philip Kaloki will be competing with two other leaders from the region who have already announced their gubernatorial bids. The two leaders includes Makueni senator Mutula Kilonzo Junior and Makueni women representative Hon. Rose Museo. Both leaders are keen on succeeding governor Kivutha Kibwana in 2022.

The three leaders are allied to Wiper party. The are close allies and supporters of the former vice president Kalonzo Musyoka. This gubernatorial seat will test the party's democratic structures in the party gubernatorial primaries.

Various leaders from the county are also expected to join the race. Makueni deputy governor Adelina Mwau had previously shown interest in the gubernatorial seat. 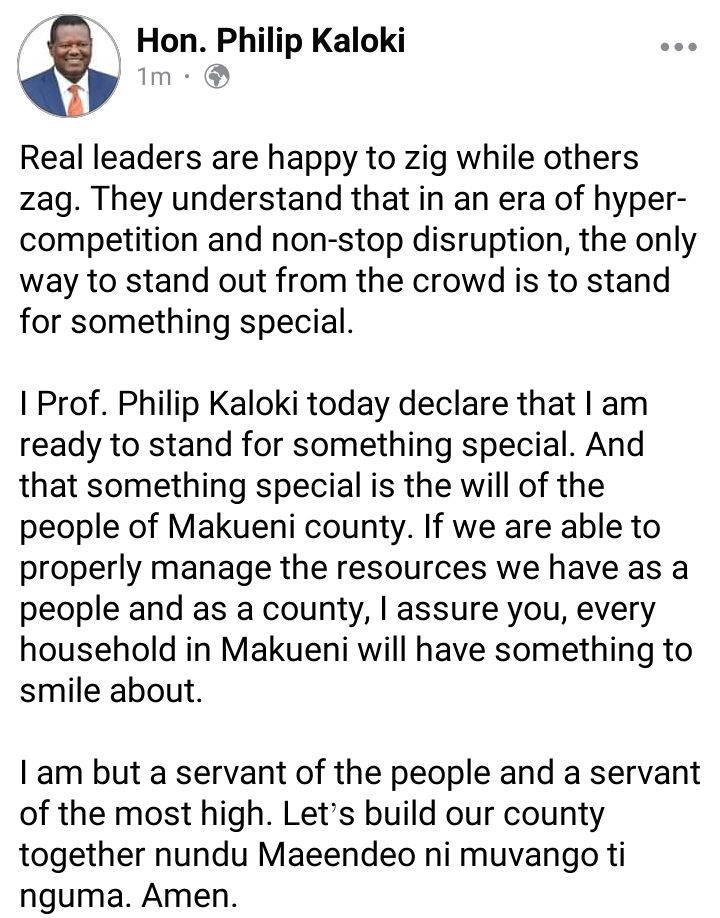