By Joseekenya (self meida writer) | 1 months 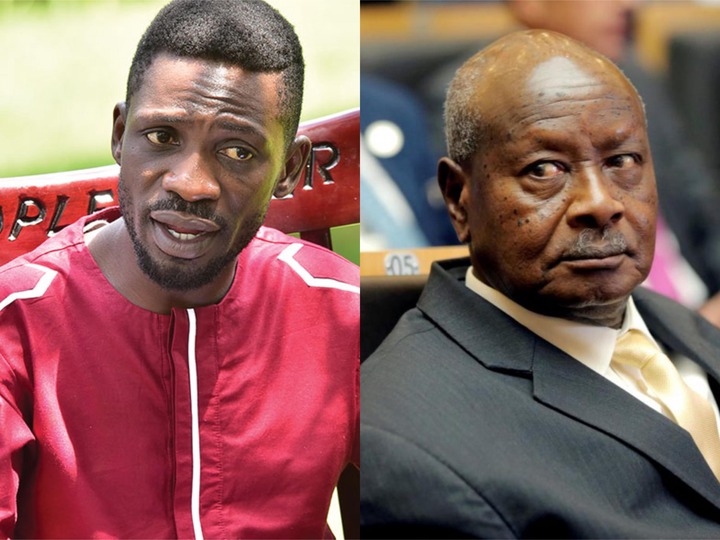 The leader of opposition in Uganda His Excellency Robert Kyagulanyi Ssentamu famously known as Bobi Wine has published the list of Ugandans whose lives were cut short as a result of the recently concluded election campaigns.

On his twitter page, Wine posted a list consisting of 19 Ugandans who he claimed belonged to his party, National Unity Platform (NUP). Among the people in the list include Wine's close friend and bodyguard Ssenteza Frank Kalibbala who was run over by a police vehicle, Bukere Nuhu who was abducted from Mukono Municipality, murdered and dumped in Kalangala area among other 17 citizens. 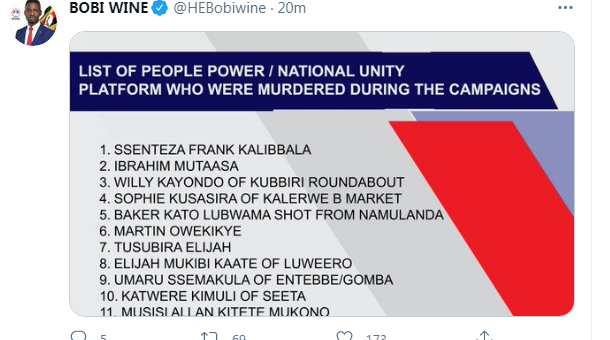 This might mean trouble for the incumbent President Yoweri Kaguta Museveni who apparently won the recently concluded presidential election with more than 50% votes against his close competitor Bobi Wine.

Wine recently filed a petition rejection the outcome of the election results which he claimed had many irregularities. However the Pop star withdrew the petition claiming that the court is already biased and can never serve justice. 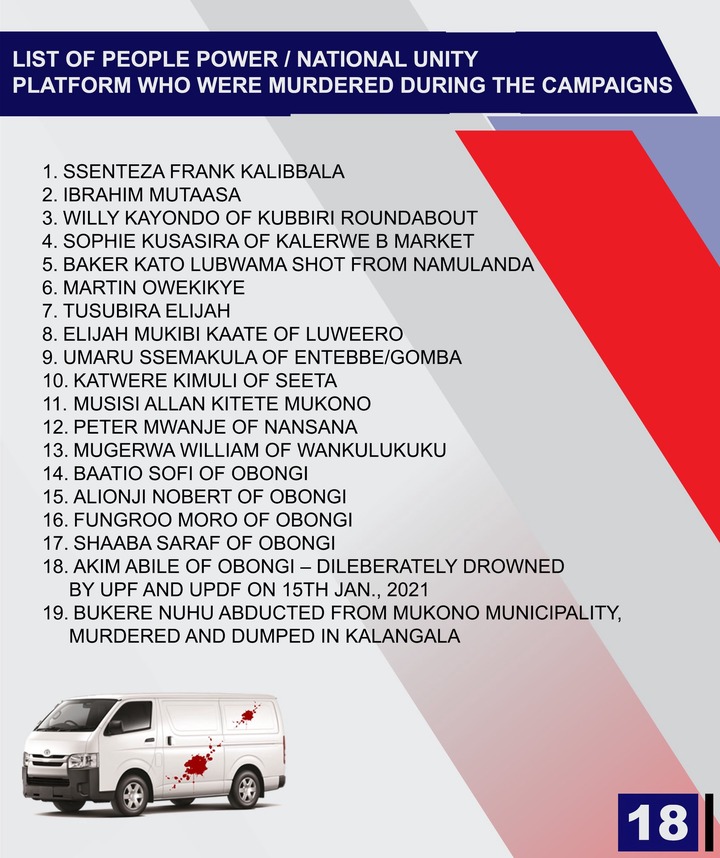 Content created and supplied by: Joseekenya (via Opera News )

The search for the next Chief Justice

Is Judge Ouko The Only Threat To Lawyer Ngatia For The Position Of The Chief Justice?