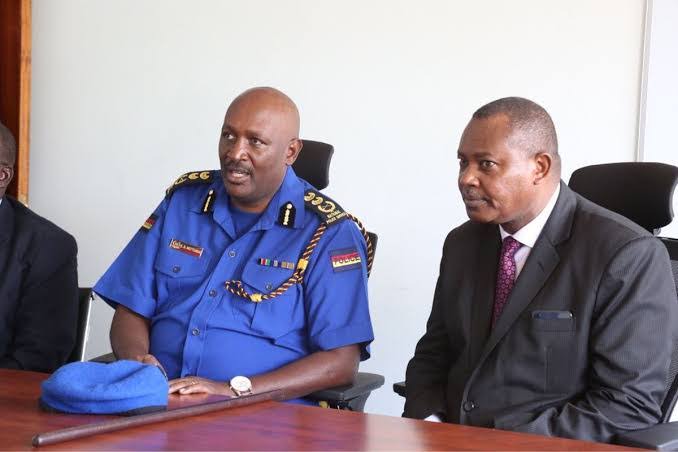 Kenya Kwanza Alliance leaders complained about government officials and security agencies being used against them in the run-up to the August 9 elections.

Deputy President Rigathi Gachagua was most vocal about the claims saying that the Directorate of Criminal Investigation, DCI is being used by the government to settle political scores. This was after he was arrested by the agency for alleged corruption.

Now that the William Ruto-led team has both the knife and the yam, the security officials have assumed a low profile awaiting perceived consequences of the allegations made against them by UDA.

UDA Member of Parliament Nelson Koech has revealed that the Kenya Kwanza government may let officials who are protected by constitutional terms finish their terms in office. This includes the Inspector General of Police Hillary Mutyambai.

"We will warn them on the dangers of being involved in politics and let them serve until the end of their terms," he said.

However, officials who are at the whims of their employer with regards to hiring and firing, are at the mercy of President William Ruto who will have the final say in what to do with them.

"It all comes down to the president to determine whether they have lived up to their constitutional mandate," Koech added.

In this category is the DCI boss George Kinoti. Since Ruto was declared president he has maintained a conspicuously low profile. He has not been seen heading meetings at the DCI headquarters on Kiambu road or having press conferences as he used to when Uhuru Kenyatta was at the helm.