By LatestKenya🇰🇪News (self media writer) | 2 months ago 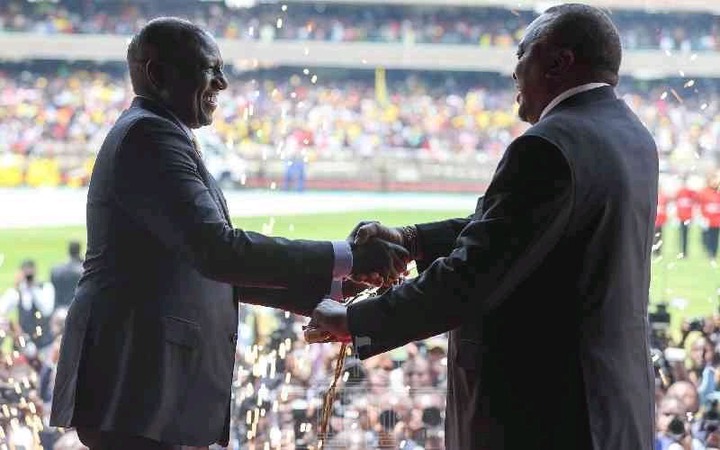 Bigambo contends that Ruto has offered Uhuru the position of leading peace efforts in the region because of this, and he believes that the previous prime minister, not Uhuru, is his main goal.

For him, Ruto is aware that Raila would give him issues in the near future, and that things will get worse if Raila has Uhuru's support, who supported his failed presidential attempt in August. 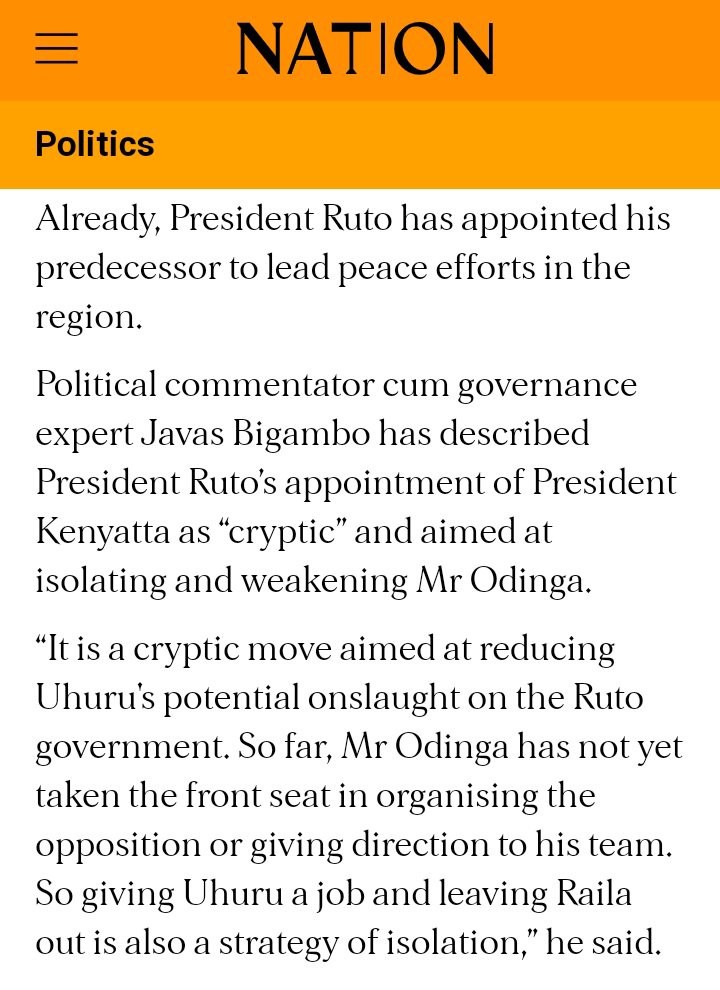 Ruto, who is aware that Uhuru is unable to accept his appointment and is at the time, offered Uhuru the position in order to have him isolate Raila, the author says.

Raila has recently been promised an appointment if he agrees to step out from active politics, and Ruto has been seen making direct efforts to connect with him.

It's a covert action meant to lessen Uhuru's possible assault on the Ruto administration. Mr. Odinga hasn't yet taken the lead in leading his team's strategy or organizing the opposition. Giving Uhuru a job while excluding Raila is thus another form of isolation, he told the Daily Nation.

However, Raila's friends think that Ruto's plan will fail and that Uhuru may continue to play his new role while still being in the opposition, as Raila and Wiper leader Kalonzo Musyoka have been doing.

"Being a special envoy does not bar one from engaging in politics. Senator from Vihiga Godfrey Osotsi told the newspaper, "We have seen that with Wiper leader Kalonzo Musyoka and even Baba.