Murang'a Senator Irungu Kang'ata has revealed that his phone number has been hacked and the people behind the motive are demanding him to part with 20 Million as protection fees.

Kang'ata who will be seeking the Murang'a gubernatorial seat on a United Democratic Alliance ticket has stated that the crooks want the amount so that they can protect him from being investigated by the Communications Authority of Kenya.

He revealed that he had forwarded the case to the Maragua police station where his number had been used to send a message to 2,000 people and was demanding that he resends Ksh 5,000 that he had reversed. 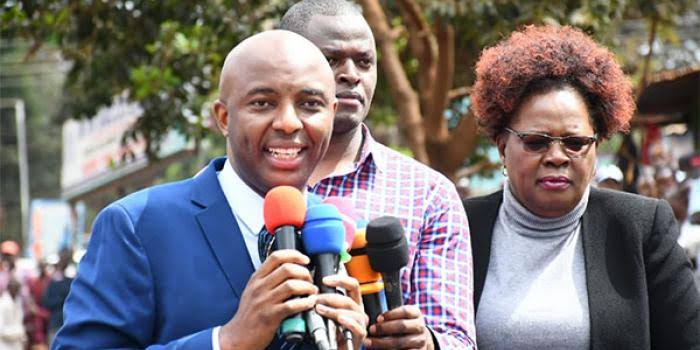 According to Kang'ata, the messages were sent to his close allies immediately after a brainstorming forum that was held in his local area and was attended by Deputy President William Ruto.

He would later receive a call from the person demanding 20 Million so that he could influence the Communications Authority not to investigate him for misuse of his money transfer Simcard rights.

The caller told Kang'ata that should the Communications Authority investigate him, it could have a damaging impact on his gubernatorial bid as it could lead to his disqualification.

Meet Attorney General Of The Republic Of Kenya.