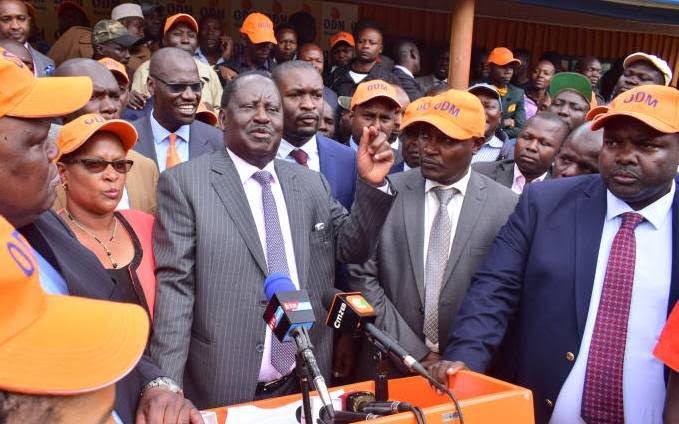 While reacting to this, the deputy president of Kenya called out the former prime Minister of Kenya and Orange Democratic Movement party leader, honorable Raila Odinga claiming that he had allegedly paid a group of people to Stone him along with some of the members of the UDA.

In his own words, Ruto who called out Raila said that it was so unfortunate that he allegedly paid the suspects to Disrupt his meeting. However, Ruto went ahead and claimed that he was not going to give up adding that he was going to work harder in his presidential ambitions.

Relying to Ruto's allegations, the Orange Democratic Movement party has called out the deputy president of Kenya claiming that it was so unfortunate that he was accusing the former prime Minister of Kenya of funding the goons despite the fact that he didn't have enough proof to prove it. 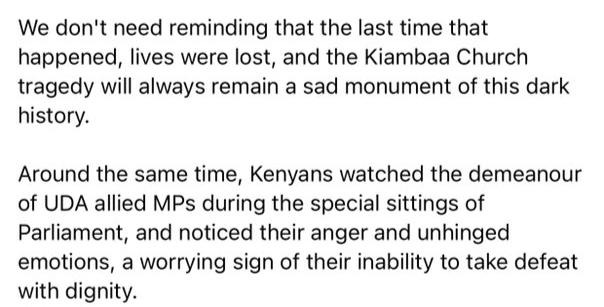 According to the reports given by the Orange Democratic Movement, they have called upon the deputy president of Kenya, honorable William Ruto and his team urging him to make sure he watches what he says due to the fact that kenyans are heading to the general elections which they claimed ought to be peaceful.

Adding on to this, the Orange Democratic Movement has revealed that they don't want to get back in the past claiming that the careless use of words such as Madoa Doa led to the death of people who were killed by unknown suspects in Kiambaa village. 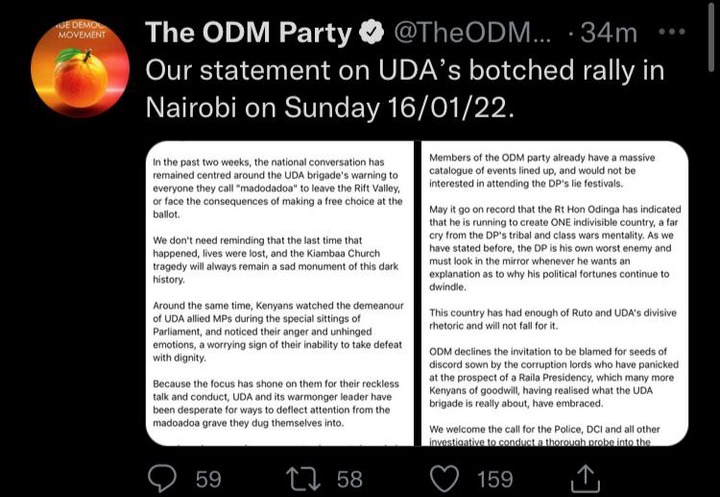