Photos Of DP Ruto In Murang'a, And Raila In Busia Addressing The Residents Today On Sunday

By Miltonbabu9 (self meida writer) | 1 months

Today on 28th February, Deputy president William Ruto visited Muranga county in style. The residents came out in large number to welcome the deputy president who is also the second in command.

The deputy president was acampanied by several leaders including the area member of Parliament. 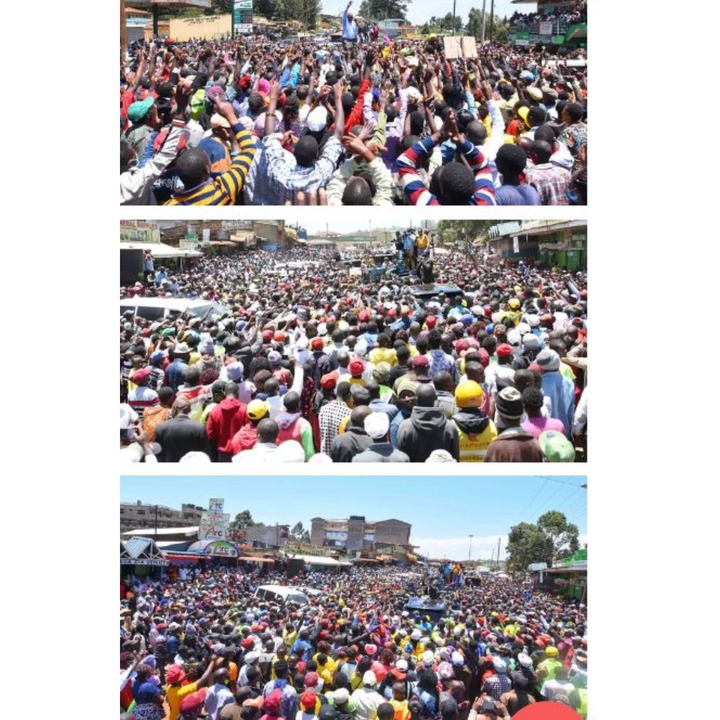 The crowd that welcomed the deputy president was chanting his name and others holding wheelbarrow on their hands.

The deputy president William Ruto on his speech, encouraged the leaders to preach the politics of unity and how they will create jobs to the youth who are now unemployed.

The deputy president continued by saying that ,the people who are tr ying to bring confusion in the government should stop it, because that government was made by him and president Uhuru Kenyatta.

On other side of the country, orange democratic movement leader, Hon. Raila Amollo Odinga was in Busia where he continued to preach the building bridges initiative to the residents.

The tour of Hon Raila Amollo Odinga was attended by many leaders from Western region. The leaders said they will support the building bridges initiative bill untill to the end.

But Hon. Raila did not stop criticizing the Hustler movement. Raila said that the jubilee government was to make one million jobs per year but upto now they have not accomplished the promise.