By ronaldcharley (self meida writer) | 14 days 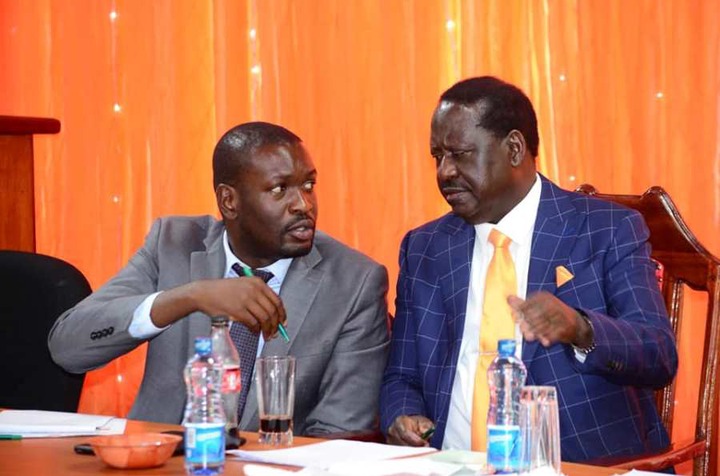 Sifuna was defending the bodaboda riders saying most have been labeled as criminals and thieves yet they are innocent.

Sifuna accidently called Raila, president, and he did not realize his mistake as the bodaboda riders are seen smiling following his remark.

The ODM official however continued to laud the bodoboda riders from Uhuru Park Riders Self Help Group saying they are well disciplined.

“I have seen you are a well-organized group. Most of the time bodaboda riders are seen as people who are criminals, thieves and they want to associate you with bad things. Ata ukiangalia mheshimiwa rais, they came and sat without moving anything, they are very disciplined,” Sifuna said. 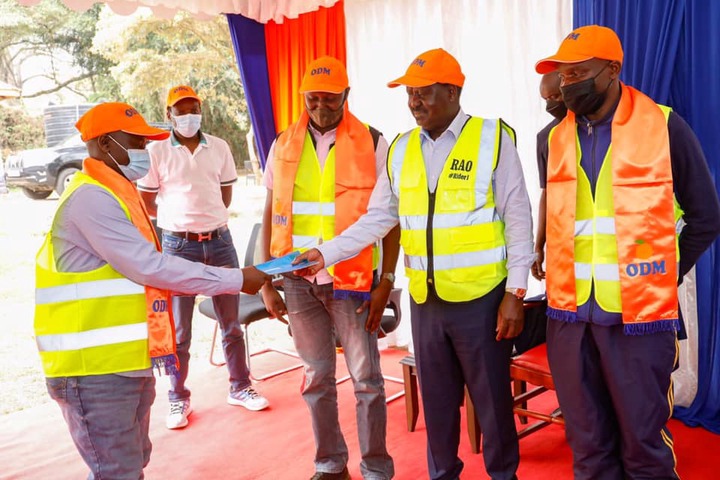 Sifuna remarks came after he had called the former Prime Minister to accept a gift that the bodaboda riders had brought.

This is after ODM party gave each of the bodaboda riders a cap and a scarf which had the name and color of the party.

A visibly excited Sifuna introduced Raila as the next 5th president as he asked him to stand up and receive a reflector jacket that the bodaboda riders had brought.

“The 5th president, when our brothers arrived we gave them our party color, Orange. And they said when Baba arrives they want him to wear the bodaboda colors. So for Baba to officially be a member in this meeting, before they give you their petition, they should also make you look good so that when you pass they know you are one of them,” said Sifuna amid claps from the bodaboda riders.

The bodaboda riders then helped Raila to put on the reflector jacket which had “RAO #Rider1” printed on it before he was given their petition. 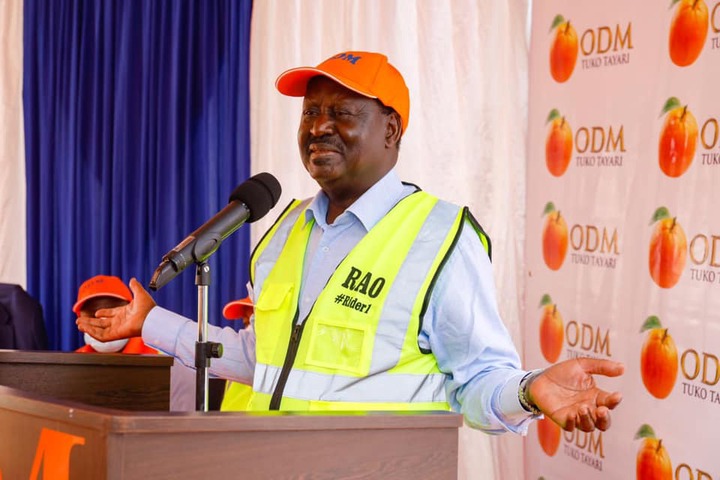