The deputy president is expected to jet into Kiambu county today at Thika road to drum up support for his bottom up economic model ahead of August polls. The move by the DP Ruto comes as Raila Odinga allies are set and ready for a politics war of vote hunting in the same area tomorrow as he will be launching his campaigns officially for the August polls. 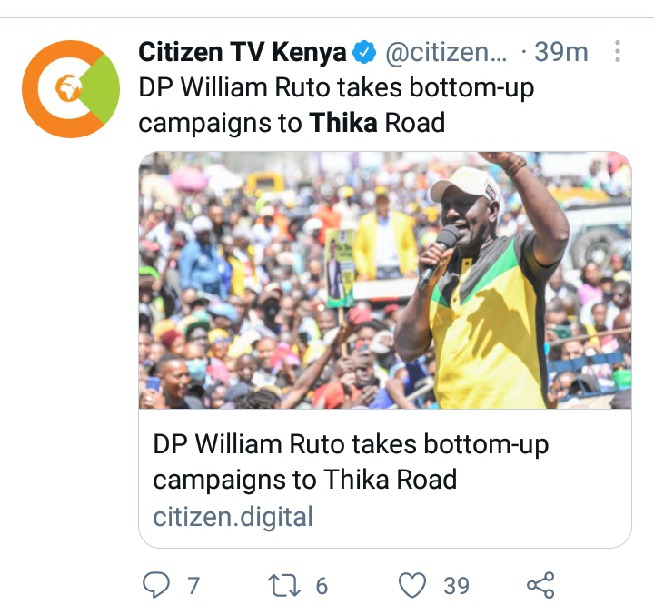 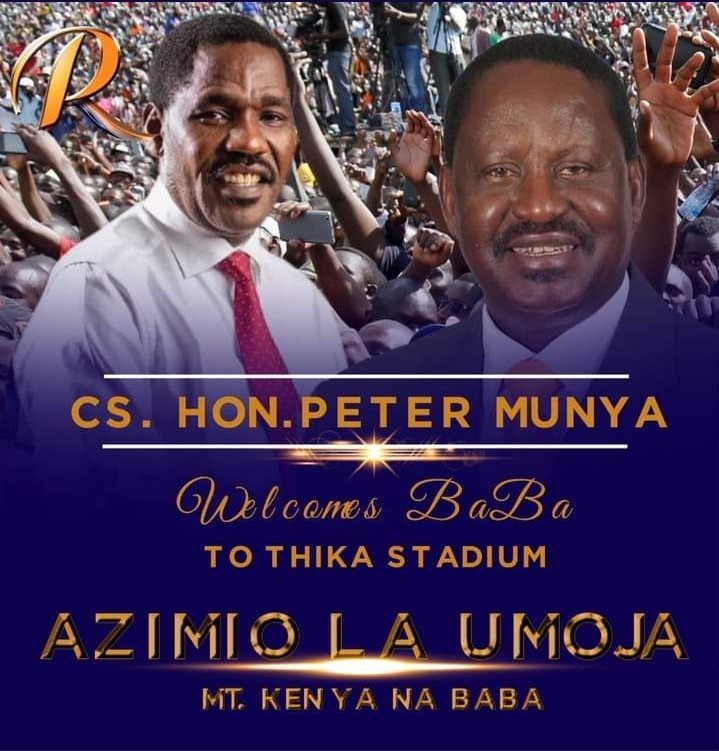 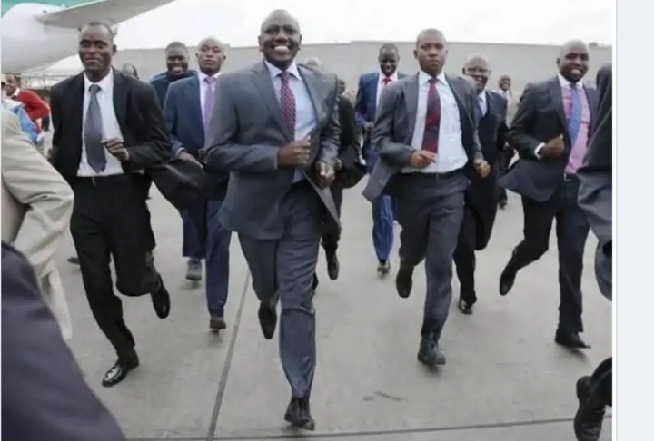 According to the information shared, the DP Ruto will begin at Marurui on Kiambu Road at 9am, after which he will campaign at the Kahawa West roundabout at 10am. The move by the DP Ruto comes as all is set for Raila's high profile meeting in Kiambu where he is expected to cut the DP Ruto down as they engage in peaceful vote hunting war ahead of August polls.

After that, the deputy president William Samoei Ruto Soko ya Mawe in Githurai 44 at 11am, then Zimmerman on Kamiti Road at noon, and thereafter the Roysambu roundabout at 1pm where he is expected to meet a mammoth of crowd.

In addition to that, the DP Ruto will then jet to Sunton in Kasarani at 2pm, Kasarani Mwiki at 3pm, Njiru shopping centre at 4pm, then finally conclude his tour at the Njiru/Ruai junction at 5pm.

In addition to that, the deputy left his Karen home to the region to counter the influence of Raila Odinga as Raila's men are reportedly ready for a peaceful political war with the DP Ruto as they hunt for votes through spreading their ideas and agenda.

Raila and his allies are set to cut the DP Ruto influence down in the region tomorrow as they are set to launch Raila Odinga campaigns officially ahead of the August polls.

The Raila's men and Azimio members of parliament are set and ready to engage in political war of vote hunting in the region.

5 Problems You Get When You Like Someone Too Much

Kalonzo to reconsider his plans to run for presidency come August