President William Ruto's has promised that he will equally serve all Kenyans.Yesterday, the head of state was in Raila's home turf Homabay County.Ruto promised to make Homabay town have a city face.He said that already Ksh 2B have been set aside to sewage system and for water distribution within the town.Besides, he promised that the unfinished roads will be done.

Ruto has picked up members of his cabinet who will help him spearhead his development agenda.The CSs are now waiting to be vetted by parliament after which they will begin work.Azimio MP Opiyo Wandayi who was proposed by Azimio as Majority said that they should expect thorough vettings.

Some of Ruto's allies who people thought would get slots never featured anywhere.However, Ruto is set to have 49 PSs with 22 Case.Some such as Johnson Muthama and Ndindi Nyoro were expected in the team. 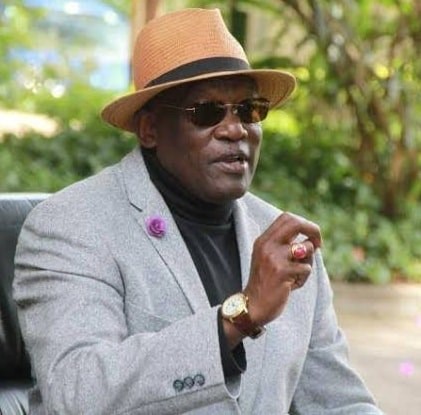 However, those who didn't make are reportedly lobbying to be picked.The part highted in red just above the title of Star Newspaper revealed so 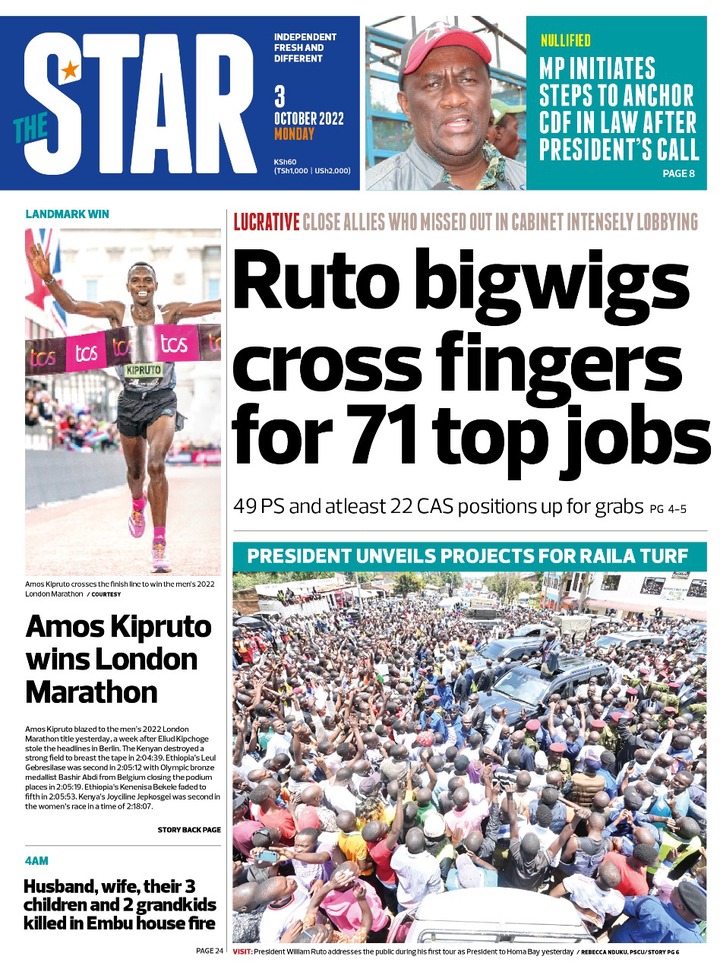 On the other hand, taxpayers will have to cough more money in paying Ruto's cabinet.He has increased the PSs from 42 to 49.This leaves Kenyans warming up to part with an extra of Ksh 321M as their salaries for the whole five year period.What is the CASs are brought back? Definately, taxpayers will suffer in Ruto's Government for their hige salaries. 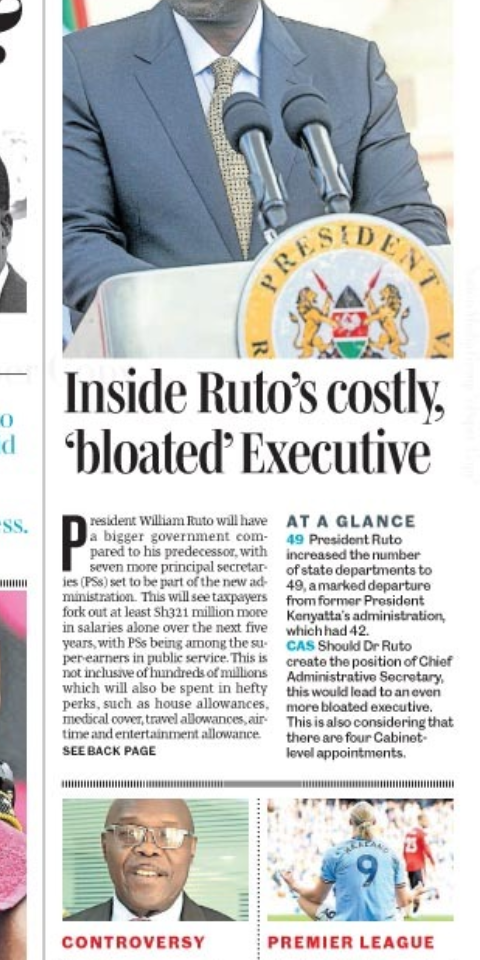