Freeze Of Projects In Rift Valley? Lawyer Ahmednasir Reveals What Uhuru Did To Ruto's Region

By SweetFootballNews.com (self media writer) | 3 months ago 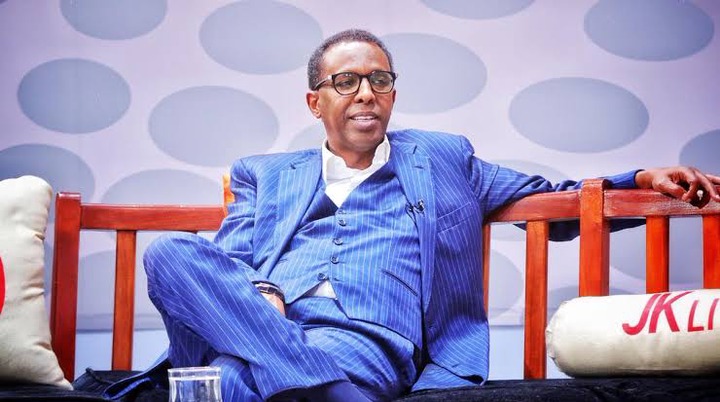 DP Ruto's close ally lawyer Ahmednasir Abdullahi has today come out decrying the actions which were taken President Uhuru Kenyatta following his fallout with DP Ruto who is his second in command.

According to lawyer Ahmednasir, President Uhuru executed a total freeze of all legacy projects in the Rift Valley region after his divorce with DP Ruto.

It should be noted the relationship between the President and his deputy went sour after the famous handshake with the ODM party leader Raila Odinga and since then the two have stayed for sometime without being seen together as they used to do in the past. 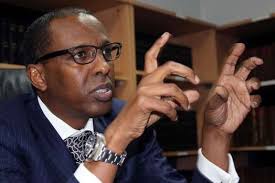 Ahmednasir has also added that despite the fact that people from NFD have done nothing wrong to the President, they have been forgotten yet they voted massively during the 2017 general elections.

"One can understand H.E UHURU'S TOTAL freeze of ALL his legacy projects in Rift Valley because of his political divorce of DP Ruto...but what wrong did the people of NFD do to be completely forgotten by their BELOVED President? Mandera gave H.E UHURU 98% votes in 2012 and 2017!," posted lawyer Ahmednasir. 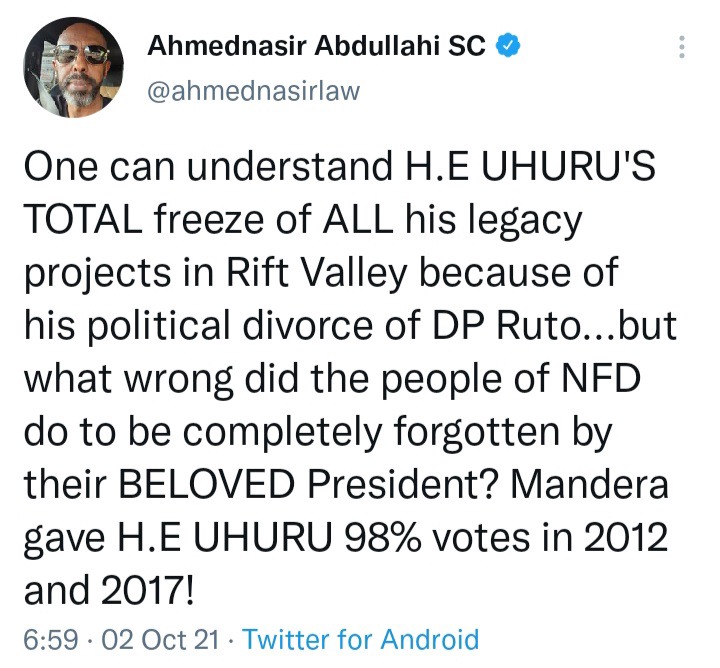