Musalia Spills The Beans, Reveals How DP Ruto, Uhuru Lied to Him in 2012

By Democrate (self media writer) | 4 months ago 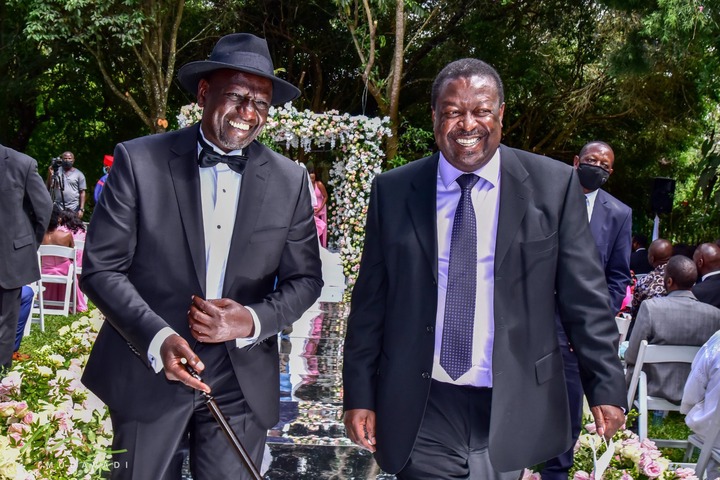 Musalia Mudavadi, the leader of the Amani National Congress, has finally spoken out about how President Uhuru Kenyatta and his deputy, William Ruto, duped him after the three agreed to support Mudavadi as a presidential candidate in 2012.

People Daily was the first to report that Mudavadi claimed in his upcoming autobiography, Musalia Mudavadi: Soaring Above the Storms of Passion, that he was set to succeed retired President Mwai Kibaki in 2012, but that did not happen.

Mudavadi claimed that Kenyatta and Ruto approached him in December 2012, while the two were facing charges at the International Criminal Court. They then promised him that they would withdraw from the race in his favor. 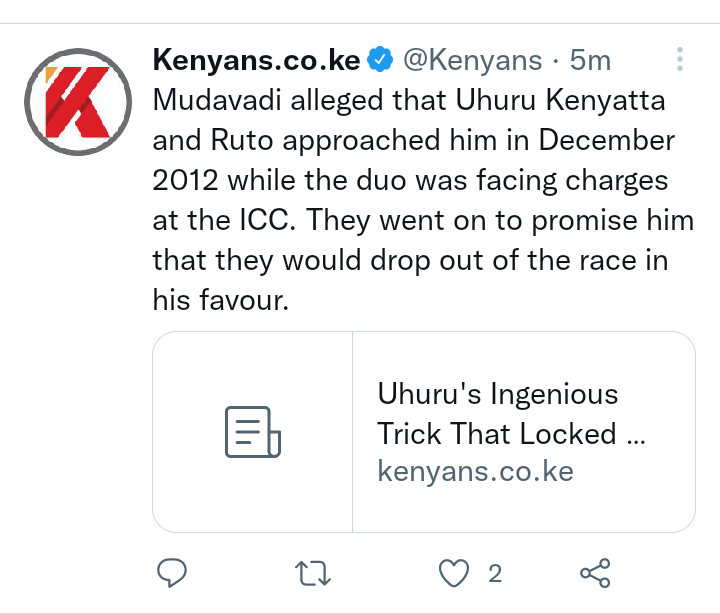 While Mudavadi was planning his presidential campaign, Kenyatta and Ruto paid an impromptu visit to his Nairobi Riverside residence.

"They wanted to meet with me. I ushered them in right away. They quickly got to the point, breaking the awkwardness of their meeting at such a crucial time, just before the election. In a nutshell, they were going to ask me to join them in their election campaign. They were concerned that the ICC saga would get in the way of their plans.

"We talked about it for a while, and then I asked them if I could invite my close associates to this meeting.I called Boni Khalwale, Mukhisa Kituyi, and Dan Ameyo to see what was going on," Mudavadi recalled.

Mudavadi was taken aback a few days later when he saw Kenyatta on TV, reassuring his supporters that he was still in the race for State House on December 8, 2012.