By Ashvenny (self media writer) | 1 month ago 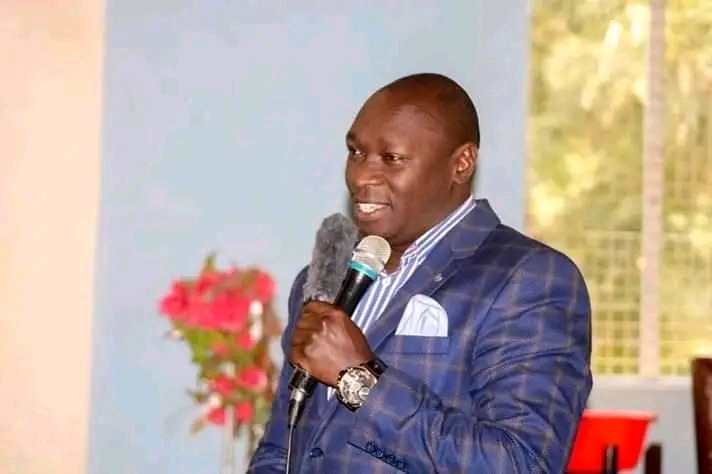 Hon. Joshua Kutuny, a member of parliament for Cherangany, has warned Rift Valley lawmakers from the UDA Party who are allegedly criticizing and accusing Him of joining the handshake to support Raila. He has urged them not to take him seriously because His people have benefited from the same handshake and because he avoids tribal politics.

Kutuny revealed that He has been attacked numerous times by UDA Mps who have accused Him of defecting from their Party and joining Uhuru and Raila, where He was appointed Party Secretary General, and urging Him to focus on working for His people who are looking to Him instead of doing tribal politics, who have benefited greatly from the move. Additionally, he stated that he would never support Raila or Ruto.

"I want to let the UDA Party Mps know that I don't care about their Party politics; I care about my people, who are suffering, despite the fact that they accuse me of hating them ever since I joined Handshake. I cherish the various tribes in my constituency who have benefited much from Uhuru and Raila. I won't run a presidential campaign, though, for August-related issues. I'm holding out to support whichever side prevails." Says the Mp.

Kutuny accused Transzoia Governor Patrick Khaemba of obstructing Him and not responding to His calls for months when He questioned why He never assisted the Transzoia people in receiving the 62,000 NHIF slots for those in need that Raila and Uhuru presented to the County, despite the fact that He fought for it to go to the devolved unit. According to Kutuny, the Transzoia County Referral Hospital has been poorly run under the Governor's control, and many patients now seek treatment in West Pokot and other locations.

"Our Governor here demonstrated to me how illiterate he could be when I tried to call and inform him that Uhuru and Raila had provided approximately 62,000 NHIF slots for our people to fill in exchange for free medical care, but He sidelined and blocked me on the phone because He doesn't care about you people. Additionally, he has permitted the County Hospital to be run poorly to the point where our people now go to other locations to receive the same care they could have had here." Added he.

Today, the legislator addressed the locals in Cherangany.

Below is the link to the Video :

Content created and supplied by: Ashvenny (via Opera News )

"There Should be No Panic" Wafula Chebukati, Send Message to All Kenyans About Provisional Result

Updates; List Of Counties That Have Submit 100% Of Their Forms According to IEBC Provisional Results

Presidential Probational Results As At 4:59PM

Just In; Top Azimio Leaders Has Held Closed Door Meeting In Bomas As Details leaks out