By Videostar (self media writer) | 4 months ago

President William Ruto has rewarded Coast region people with two cabinet slots for voting for him in the just concluded August general election.

Kilifi senator Stewart Madzayo has lauded president William Ruto for naming the duo to his cabinet stating that the people of Coast region are happy of the appointments. " Congratulations to my sister Aisha Jumwa and my brother Salim Mvurya for your appointment as CS public service and mining respectively. Coast people are happy" wrote Kilifi senator Stewart Madzayo on his official Facebook page. 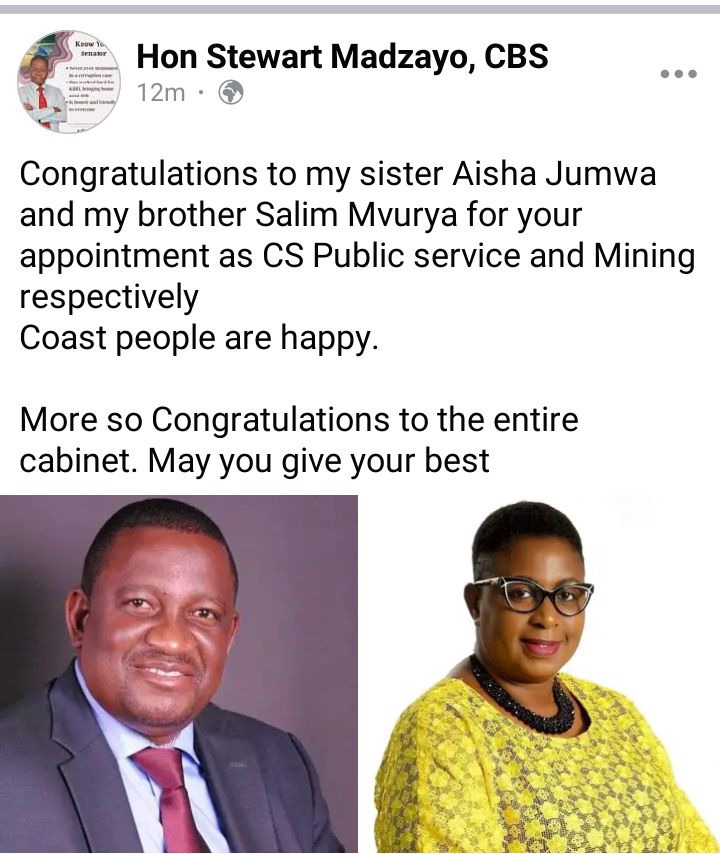 Senator Stewart Madzayo who was reelected on a ODM party ticket went ahead to congratulate the two cabinet nominees and advised them to give their best in serving the people of Kenya.

Content created and supplied by: Videostar (via Opera News )